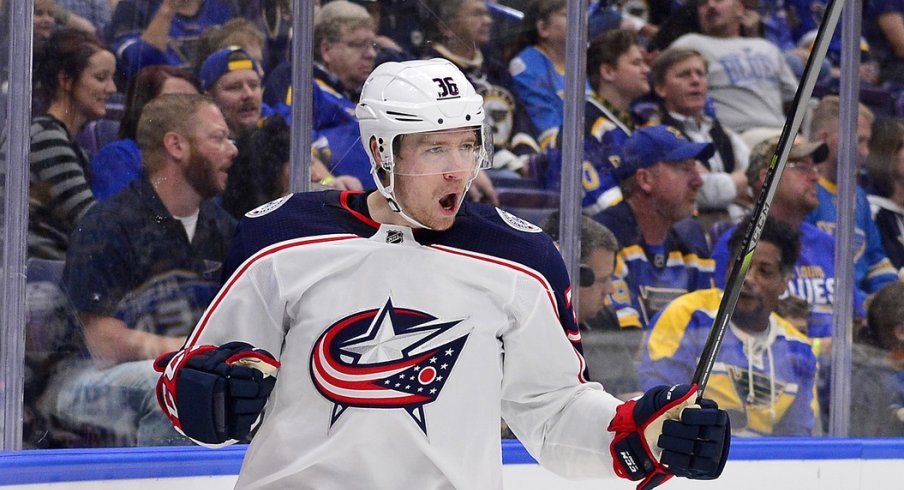 The Columbus Blue Jackets made a roster move on Friday regarding front-line business, as they assigned forward Zac Dalpe to their AHL affiliate, the Cleveland Monsters. Dalpe struggled mightily in ten games for the Blue Jackets, not finding his flow with Columbus after having a solid season last year for the Monsters.

On the flip side of the coin, Cleveland gets back one of their top offensive threats from a season ago. Dalpe had a rejuvenation of sorts after being let go by the Iowa Wild. Following the release, Dalpe found a home rather quickly in Northeast Ohio. He put the puck in the back of the net eight times over the span of twenty games while also racking up six assists. Dalpe made his presence felt and found himself playing on the top forwards line with Ryan Craig and T.J. Tynan last season. Dalpe’s scoring outburst nearly led the Monsters to a Calder Cup Playoff berth. Following the season, he was able to earn a spot on the Blue Jackets roster at the beginning of the year.

#CBJ announce that Zac Dalpe cleared waivers. He’s been activated off IR and will join the Monsters squad in Cleveland. Team plays tomorrow at home.

Dalpe will more than likely find himself in the Monsters’ lineup as early as Saturday night against the Milwaukee Admirals.