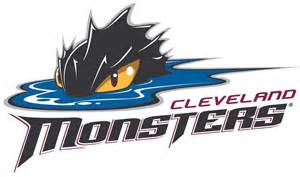 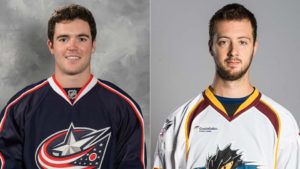 A 6’2”, 219 lb. left-handed blue-liner from Kingston, ON, Harrington registered 0-1-1 with eight penalty minutes in 25 NHL appearances for the Pittsburgh Penguins and Toronto Maple Leafs spanning parts of the past two seasons.

Houser, a 6’2″, 192 lb. fifth year pro from Youngstown, OH, posted a combined record of 32-26-5 with three shutouts, a 2.88 goals-against average and a .901 save percentage in 71 combined AHL appearances for San Antonio Rampage and Ontario Reign over the past few seasons.

Looking forward to seeing how these additions will effect the team and their success as they face off tonight against the Rockford Icehogs at Quicken Loans Arena. There is a pregame party for fans to attend before the game and the puck drops at 7pm. 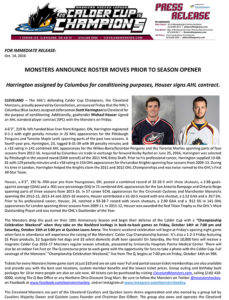