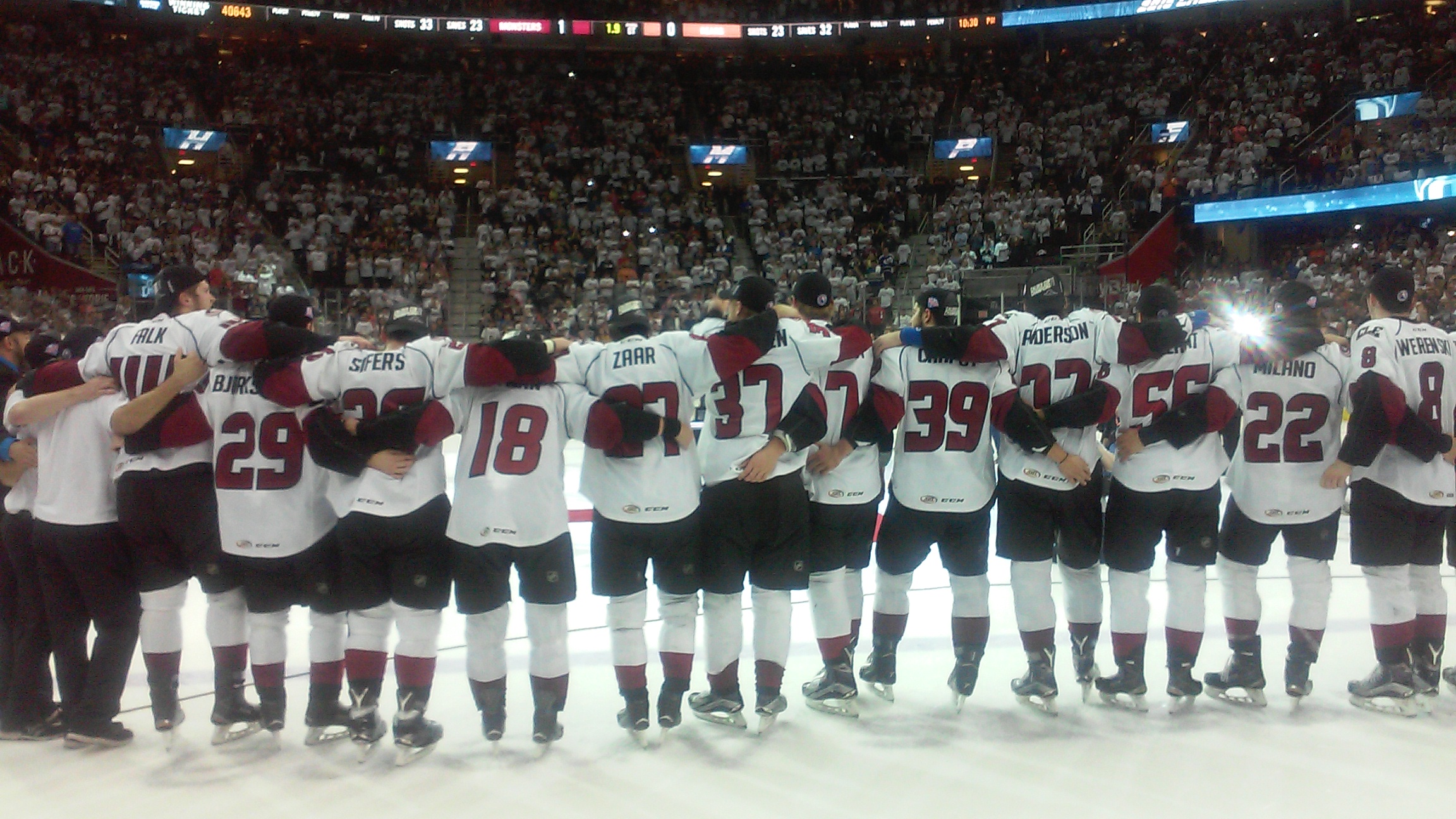 The Cleveland Monsters look to defend the Calder Cup this season, a task that they have not had to worry about doing since 1964. The team has had a few changes, from the re-branding of the team to a new head coach. The excitement of the banner being raised on Friday will be fun, but once the puck drops it will be time to get to work. Let’s look at the keys to this team winning it all once again.

The Monsters bring back a lot of returning players, including Ryan Craig, Alex Broadhurst, Anton Forsberg and Sonny Milano. What’s different about the Monsters returning players from other teams is the experience. The experience of winning the Calder Cup for sure, but what Ryan Craig brings to the table is playing experience. Craig has been playing hockey in either the NHL or AHL since 2002. That will help the young players continue to grow, as they look to make a statement with the team and eventually reach the NHL. Milano and Broadhurst will provide a lot of offense this year, as they combined for 24 goals and 43 assists last season. They are too exciting players to watch and will definitely continue to excite. Forsberg will be remembered from last year as the goaltender who shut down every offensive attack last postseason. Forsberg had only allowed 2.40 goals per game during the season, which translated to a few shutouts during the playoffs. Playing in big moments will be nothing new for Forsberg, who shut out the Hershey Bears in the deciding game of the Calder Cup Finals. These five players will be essential for the Monsters to have continued success this year.

So, how will the Monsters fare this year? The team will have a very tough schedule, facing their division foes for most of the year. The Monsters finished in second in the Central Division, scoring 97 points. Take a look at division standings from last year.

What stands out to me is the three impressive teams in Milwaukee, Grand Rapids and Rockford. All three of these teams made the playoffs last year. Rockford got swept 3-0 by the Monsters. Grand Rapids was able to get a few wins against the Monsters, as the Monsters won that series 4-2. The only team out of the division that did not meet the Monsters was Milwaukee, as the top seed fell to Grand Rapids in the first round 3-0. Can the Monsters have the same success as they did last year? Can they take the Central Division Crown away from Milwaukee? Those questions will be answered throughout the season, but the team showed that it doesn’t necessarily need to win the division to be successful.

The Monsters have a lot on their plate this year. But, behind the leadership of Captain Ryan Craig and newly-acquired Head Coach John Madden the team will be in good hands. I think this team has all of the makings of a Central Division Champion and can very well be hoisting the Calder Cup Championship again this year.