Monsters Fall To The Admirals In A Heartbreaker 2-1 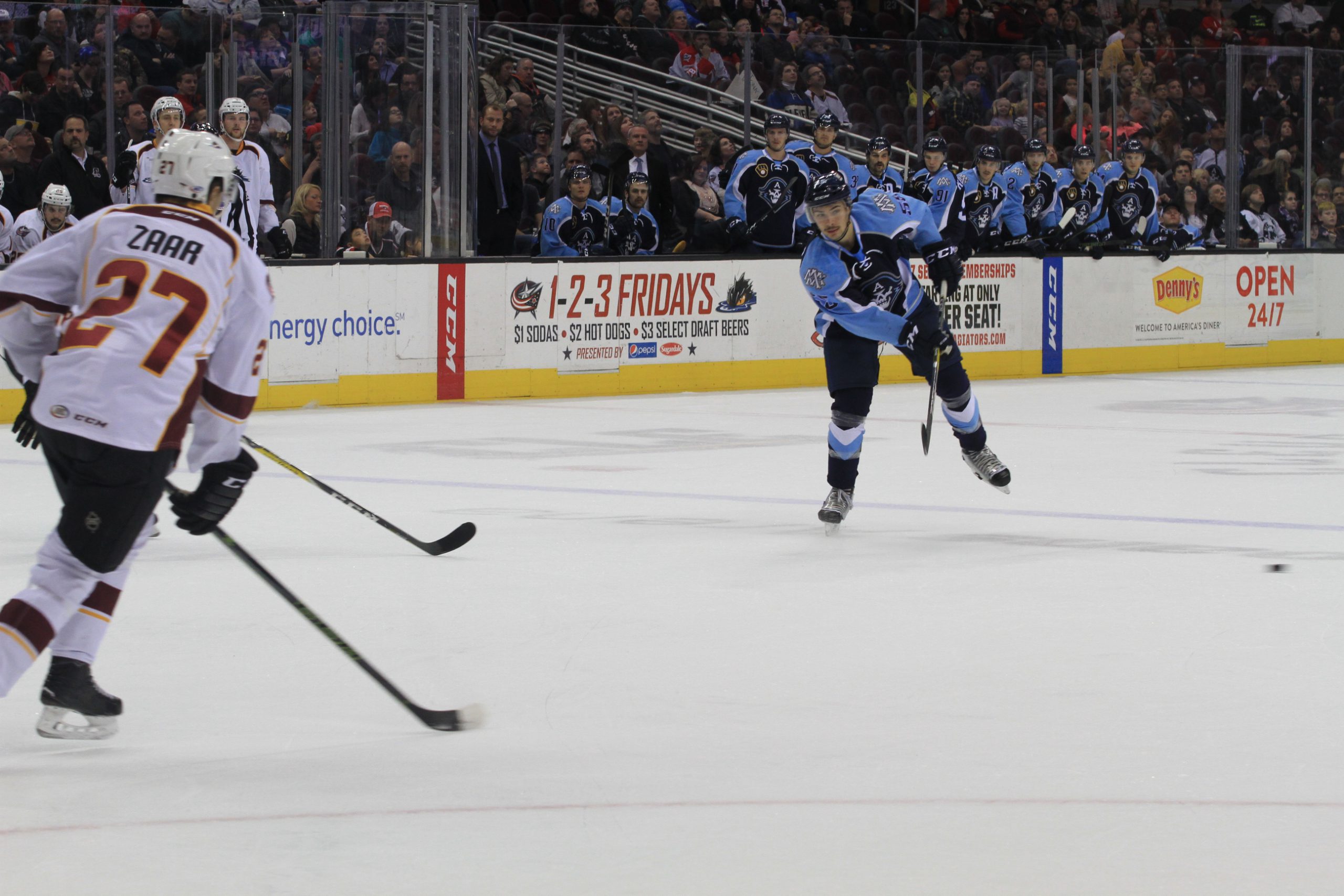 CLEVELAND, Ohio- The Cleveland Monsters played the last game of their homestand on Saturday against the Milwaukee Admirals. Joonas Korpisalo would get the nod for goaltending duties for the night, marking his first start at home this season.

The first period was not a game for offensive fans, as neither team could manufacture goals. It was a clean period except for a Ramage slashing penalty and a Yevenko tripping penalty. At the end of the first period, there were only twelve combined shots on goal. Both defenses had shut down the other’s offense for twenty straight minutes.

The second period was very fast-paced, which led to the game’s first goal at the 10:32 mark of the period from Milwaukee’s Kevin Fiala. The Monsters retaliated with the equalizer by Nick Moutrey at the 16:15 mark of the period. Moutrey put the puck in off of a rebound attempt on his first shot. At the end of the second frame, it was a 1-1 game.

After a scoreless third period, the game went to overtime.

During overtime, Joe Pendenza lost his man and as a result, the Admirals scored the game-winning goal off of a Felix Girard shot attempt.