Medina Holds Off Stow, 58-56, to Advance to District Final 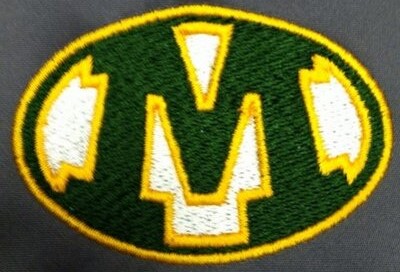 The Medina Bees advanced to the Copley District Final after a dramatic 58-56 victory over Stow on Thursday, March 9.

Medina used excellent 3-point shooting to overcome 18 turnovers and in the process outlasted the Bulldogs.

The game was close all the way and had several lead changes.

Stow’s Mason McMurray hit two free throws to knot the contest at 50 with 3:46 to play.

With both teams having opportunities to control the pace, Medina grabbed the lead on a steal and layup by Luke Schaefer at the 2:45 mark.

Stow immediately grabbed the lead back as Coryon Rice sank a long 3-pointer with 2:18 remaining.

Schaefer scored again with 1:56 to play, giving Medina a 54-53 lead, and the Bees were never headed from that point.

Medina was content to sit on the 1-point lead upon getting the ball back, and worked the clock all the way down to the 0:21 mark when Ben Geschke got inside for a layup, moving the Bees’ lead out to 56-53.

Following a missed shot by Stow, Medina extended the lead to 58-53 when Dylan Fultz converted both ends of a 1-and-1. With only 13 seconds remaining things looked good for the Bees.

But Rice quickly got open and hit another 3-pointer for Stow, making the score 58-56 in favor of Medina with seven seconds to play.

After a time out, the Bulldogs committed a foul and still had a chance to win it when Medina missed the subsequent free throw. But McMurray’s attempt from half court was off target as the final buzzer sounded.

Geschke also dished out five assists in the win.

Stow received balanced scoring, led by 11 points apiece from McMurray and Jared Wright, along with 10 points and five assists from Rice.

Medina returns to Copley High School to face Archbishop Hoban on Saturday, March 11 at 7 pm, in what figures to be another exciting duel between two of the area’s best teams, with a district title on the line.