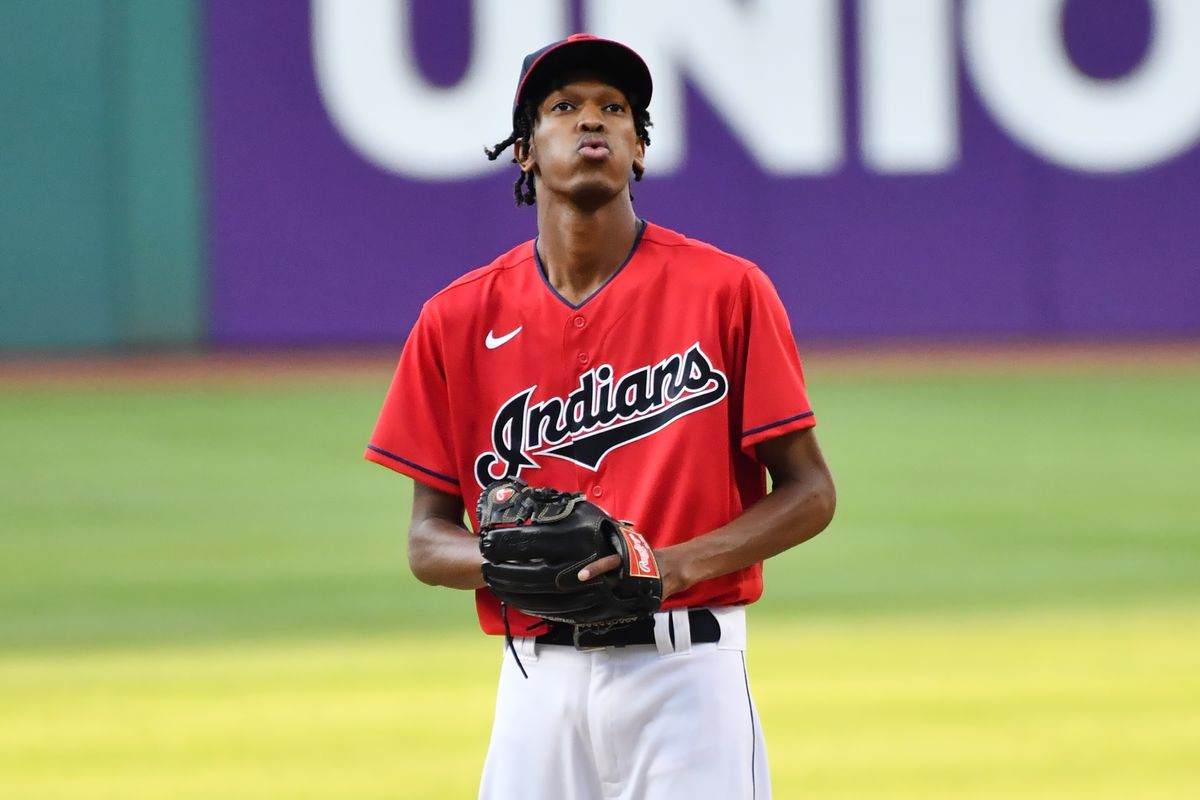 The Cleveland Indians called up Triston Mckenzie to start Saturday against the Detroit Tigers at Progressive Field. The 23 year old right hander made his major league debut in a dazzling ten strikeout performance that led the Indians to a 6-1 victory over the Tigers.

McKenzie came out and showed just why he is revered as one of the best prospects in the Indians deep farm system, sitting down the Tigers in order, ending the top of the first with a strikeout of veteran star Miguel Cabrera.

In the bottom, Francisco Lindor opened his night with a two-out double, followed by a wild pitch that got him to third before Carlos Santana grounded out for the final out of the inning.

Both pitchers continued to dominate through three, with César Hernández being the only man to reach base on a single in the bottom of the inning.

McKenzie was settling in headed to the fourth, getting a three pitch lineout to start the inning off the bat of Victor Reyes. However with the next at-bat, Willi Castro blasted the first pitch he saw over the right field wall for the first hit given up by McKenzie.

The first pitch of the fifth inning resulted in a lead-off double from Jeimer Candelario. With a runner in scoring position, Mckenzie looked to be in trouble, however he was able to strikeout the next three batters to end the inning and continue his strong outing. In the bottom, the Indians offense continued to struggle offering any run support.

The sixth inning would be the final inning in McKenzie’s dominant debut, adding in two more strikeouts to bring his total to ten on the night. The mark being good for second all-time among debuting Indians’ pitchers.

The offense finally got going in the bottom of the sixth, opening the inning with a José Ramírezwalk, and Lindor single to put the tying run at second with nobody out. A Carlos Santana lineout would be the final out for Boyd, as Tigers’ manager Ron Gardenhire called John Schreiber out of the bullpen in relief.

Schreiber would face Indians designated hitter Franmil Reyes to start his outing, striking him out for the second out of the sixth.

The Indians looked like they were gonna strand more runners in scoring position, before Jordan Luplow walked to load the bases.

In the next at-bat Domingo Santana sent a double to center field that cleared the bases, Luplow narrowly beating the throw home for the third run of the inning.

With two outs still in the sixth inning, Pérez hit a ground ball single to left field to bring Domingo Santana in from second to extend the lead to 4-1 for the Indians. With a three run lead to end the sixth, McKenzie was in line for the win to start his major league career.

Nick Wittgren came in to relieve McKenzie in the seventh, sitting down the side for a successful outing.

In the bottom, the Indians added their fifth run of the game thanks to a sacrifice fly from Carlos Santana that scored César Hernández from third. A Hernández double and Ramírez single painted the corners to start the inning, setting up the score.

With the story all but written, the Indians turned to James Karinchak in the eighth to continue the pitching dominance. Karinchak obliged as he struck out two of the three batters he faced. The Indians offense wasn’t done yet, adding another run in the eighth. Greg Allen hit a two-out single before stealing second to put himself in scoring position. Followed up by a Hernández single to left field to give the Indians a five run lead.

In the ninth, Adam Cimber came in for the close, facing four batters, only allowing one hit. A line-drive double off the bat of  Victor Reyes to left field. The Indians offense showed up late to help lift Mckenzie to his first big league win in a 6-1 route of the Tigers.