Lucroy Solves Problems Before They Start 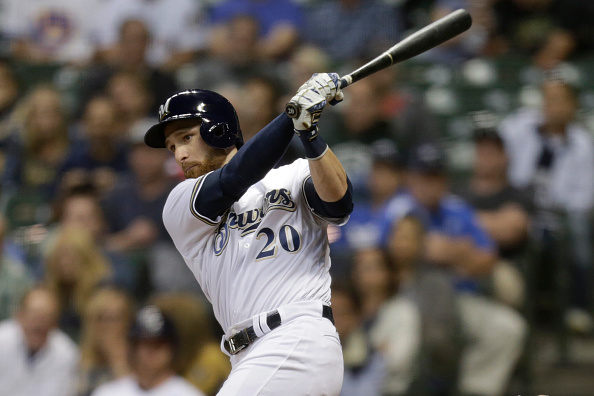 At a quick glance, the Cleveland Indians look like they don’t have a care in a world.

A seven and a half game lead in the American League Central, the best starting rotation the league, and a rookie of the year candidate will do that. Throw in a two time World Series Champion manager, and it looks like Tribe has a smooth road to their first division title since 2007.

However, looks can be deceiving.

The Indians have been bit by the injury bug again. Just days after catcher Yan Gomes suffered a dislocated shoulder that will put him on the shelf for two months, All Star Outfielder Micheal Brantley suffered another setback during his Minor League rehab assignment in Akron. The 2014 All Star underwent an MRI and his timetable for return has been put on hold after feeling more discomfort in his shoulder.

The two injuries, along with a season long slump for Gomes, have put Manager Terry Francona and General Manager Mike Chernoff between a rock and a hard place. The Indians are in need of another bat and upgrade the catcher position. There are doubts around the league that Cleveland has the offensive firepower necessary to take the team to the World Series. Along with a new arm in the bullpen, the Indians’ management a lot more comfortable going into October.

There has been more than a few rumors about the Tribe and the Brewers having conversations, and good money says its not about a few cases of Busch.

Most of the talks have been centered around catcher Johnathan Lucroy. The All Star backstop is hitting .305 with 12 home runs and 48 RBI’s. With Indians’ catchers batting .168 this season, Lucroy would be tremendous upgrade in the lineup, along having the defensive ability that the Tribe has grown accustomed to under Gomes’ tenure.

Trading for Lucroy would solve almost every offensive issue the Indians have.  Not only will he shine some light on to the black hole that Gomes put in the order, and won’t cost them defensively. In addition to complement the team on the field, his contract will complement it off the field too. Unlike most options at the deadline, Lucroy would come with a 5.25 million dollar team option for 2017. Meaning he would be a member of the ball club though the end of next season.

That second year could be more important than most people realize.

Mike Napoli is in the middle of a career year, and though it is one of the catalysts for the Tribe’s success, it will make it tough for Cleveland to resign the first baseman. Napoli is making seven million this season, and could use his production to ask almost twice that this off season.

If the small market Indians chose to let Napoli leave for greener pastures, Lucroy could slide to first and a refreshed Yan Gomes would have the importunity to find his 2014 form. This would give the Indians a quality option in the infield and a security blanket if Gomes can’t recreate the success two years ago.

The only thing standing in the way is how much the Brewers would want back for an all star with one more year of controlablity. 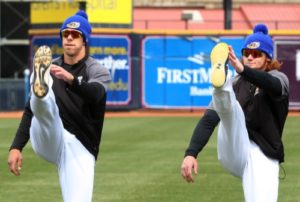 Prospects Bradley Zimmer and Clint Fraizer have been almost untouchable though their development in the Indians’ farm system. The top brass of the Indians have been very leary to part ways with either one unless it was an impact player. The Indians plan has been to go though home grown talent though their minor league system instead of signing or trading for big time talent until the time is right.

The seven and a half game lead in the division coupled with the best starting rotation in the American League are two of the many reasons why the time is right. The emergence of Tyler Naquin, who has leaped from a possible fourth outfielder to possible Rookie Of The Year, says it’s time. Lucroy’s club friendly contract says its time. A real chance to end a championship drought that began in 1948 certainly says its time.

If it has to cost one of the Indians’ big time prospects, then so be it. The Indians, along with their fan base, do not want to be watching the World Series wondering “what if.” Now is not time to wait for next year. Somebody get Jonathan Lucroy an invitation to the Party at Napoli’s.