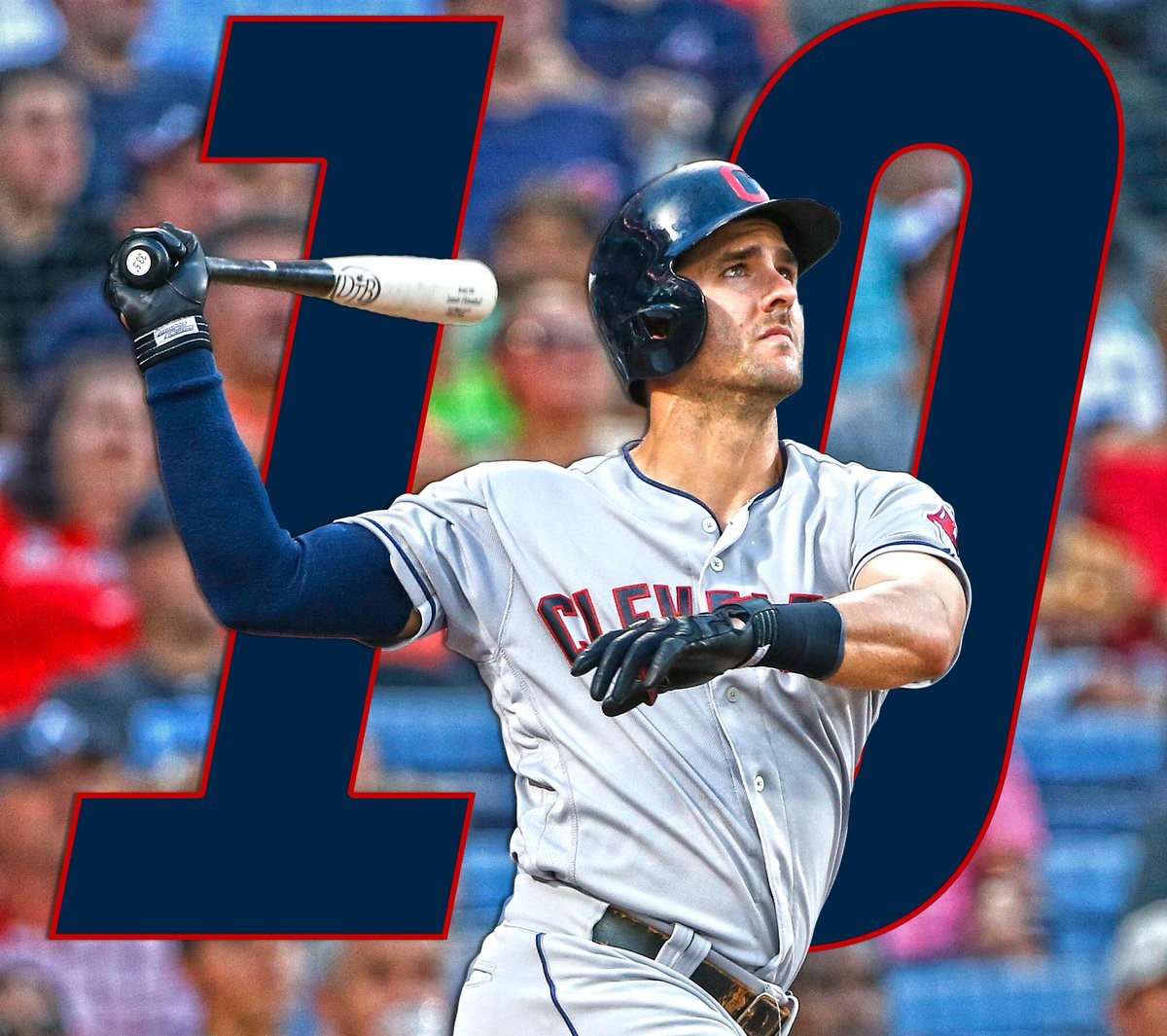 Lonnie Chisenhall has a history of being somewhat of a streaky player.

The best example of this was the 2014 season when the left-handed hitter hit .332 in the first half of the season, but slumped to hit just .218 in the second half.

In some ways, the up and down stretches have come to define Chisenhall’s history in the Big Leagues.

Last season, Chisenhall got off to a rough start, but in August of 2015 was scorching hot, batting .403 in the month of August.

He would have yet another downward slide in September, hitting .167.

So far, 2016 has been a different story. Along with playing great defense in right field, Chisenhall has put together two consistent months at the plate.

He only played in seven games in April, coming off a forearm injury that was responsible for a rough Spring Training, but since May he has gone 44-for-144 (.305) and has 15 extra base hits.

The Tribe lineup has been solid from top to bottom and the outfield looked somewhat crowded at the start of the season.

Michael Brantley’s injury turned out to be worse than initially projected.

Marlon Byrd’s suspension and exit from baseball opened up more room for Chisenhall.

Now aside from Rajai Davis, no one on the team has an extensive history of playing right field.

The last week has silenced some of the chatter from fans wanting to go out and trade for a bat. The Indians have won ten in a row, but the last six games in particular, Chisenhall is hitting 11-for-24 (.458).

This is not to say everyone should overreact to a hot week, but it’s been one of the best weeks of an all-around good season for Chisenhall.

The need to get a bat, like Jay Bruce, Matt Kemp, Carlos Beltran, or Wil Myers, is not as prevalent as it looked when the Tribe was scratching and clawing to keep pace with the Royals.

Now the Tribe is 45-30, tied for the second-best record in the AL, they’re fifth in the league in runs scored, five games up on the Royals, and crushing Central Division opponents (24-10).

The pessimist would say “Look at Lonnie’s history. He’s going to have a cold streak.” Or “Guys like Juan Uribe, Jose Ramirez, Tyler Naquin, and Mike Napoli are going to cool off.”

Those are valid concerns. But when Brantley returns, which all signs indicate should happen some time in July, if the Indians starting pitching continues to dominate, this offense is more than capable of holding their own without having to deal away valuable prospects.

An outfield situation with Brantley in left, Naquin platooning in center, Davis playing either center or right field, Chisenhall getting the majority of the reps in right, and still having the option of playing Ramirez (who will most likely slide to third base upon Brantley’s return) looks like a great problem to have at this point.

Is it possible Chisenhall has another cold streak? Absolutely. But now is certainly not the time to mess with the chemistry of a club that is playing the best baseball of anyone over the past month.