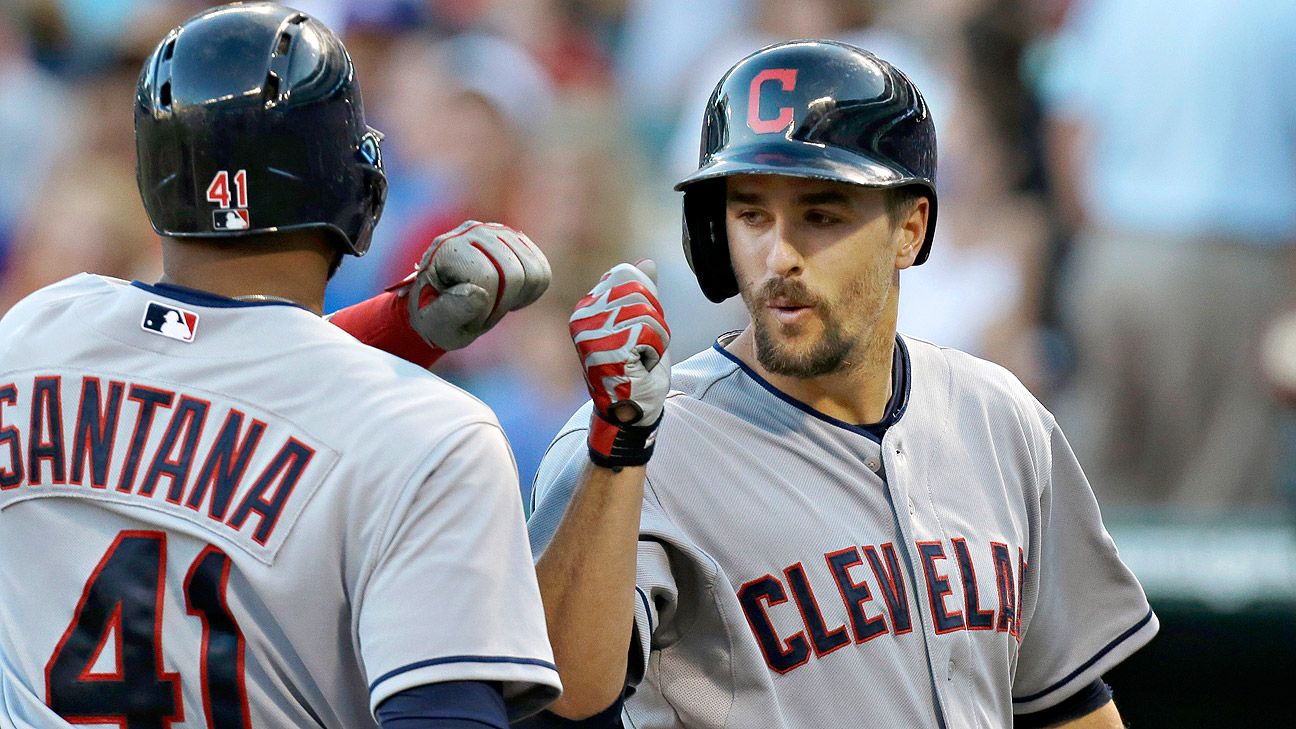 It was a windy night in Atlanta and the Tribe never trailed all ballgame.

Francisco Lindor’s two-out double led to a Mike Napoli RBI single to make it 1-0 in the top of the first.

The Braves would tie the game in the third inning, but Lonnie Chisenhall answered right back in the top of the fourth, belting his fourth home run of the season, a three-run bomb to make it 4-1 Tribe.

Tyler Flowers hit a solo shot, his fifth of the season, in the bottom of the fourth to bring the game within reach, but the Tribe tacked on a run in the seventh and two more insurance runs in the top of the eighth to make it 7-2.

Jason Kipnis would pad his stats with a solo shot in the top of the ninth, his tenth of the season.

Eight Indians had hits in the game and six different players drove in at least one run. Napoli had his second three-hit game of the season, going 3-for-5.

Trevor Bauer worked six innings, allowing two earned runs on five hits, striking out five and issuing three walks. He would go on to earn the win, improving his record to 6-2 with a 3.19 ERA.

Tyrell Jenkins (0-1, 7.20) takes the loss after coming in as a long-reliever in the third inning for the injured John Gant. Jenkins allowed four earned runs in four innings of work.

Joba Chamberlain came in to work the ninth and allowed one run on two hits, but ended the comeback attempt with a pair of ground ball outs.

It was the seventh straight game that the Indians have scored six or more runs, the first time the team has done that since 2005.

The Tribe improves to 45-30 on the season, extending their win-streak to ten games. The last time Cleveland won ten straight games was at the end of the 2013 season, when the Tribe made a late push to earn a wild card spot.

The Indians now hold a 5.5 game lead over the Kansas City Royals.