LeBron James, Derrick Rose, and Eric Bledsoe to work out in Las Vegas Together 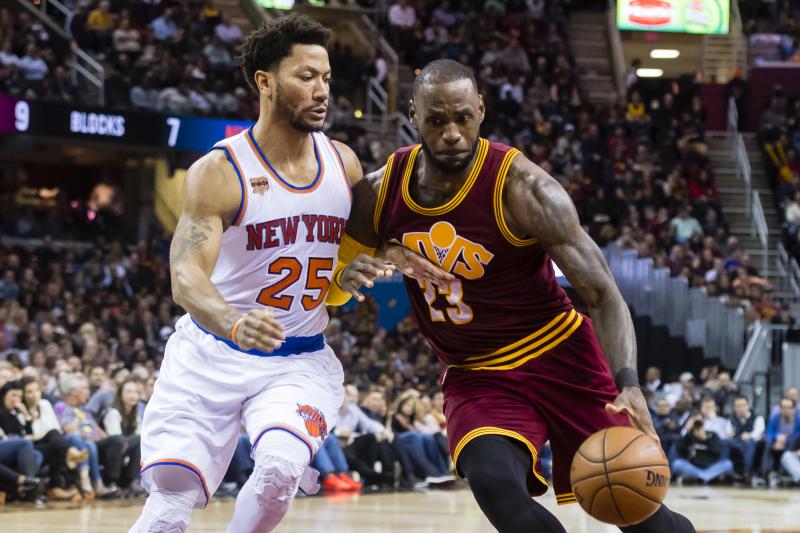 LeBron James is blocking out all the drama with the Cleveland Cavaliers by getting ready for the upcoming 2017-2018 NBA season by working out in Las Vegas.

James is not heading to Las Vegas alone though. LeBron will be working out with his new teammate Derrick Rose and Phoenix Suns point guard Eric Bledsoe.

Chris Haynes of ESPN reported the news during Wednesday afternoon.

ESPN Sources: LeBron James invites Derrick Rose to work out with him this week in Las Vegas along with Eric Bledsoe. https://t.co/kCa8Vi943E

Derrick Rose signed with the Cleveland Cavaliers on Monday. Bledsoe, on the other hand, brings more attention to the group because he currently is not on the Cavs.

John Gambadoro from Arizona Sports 98.7 Phoenix reported that the Cavaliers would want Bledsoe, Josh Jackson and more if they were to trade Kyrie Irving to the Suns.

All eyes will be watching the Cavaliers now following the news breaking that Irving requested a trade. James working out with Bledsoe leads to speculation that there could be a possibility that a move can be happening, or that James would just like Bledsoe to join him in his workout.