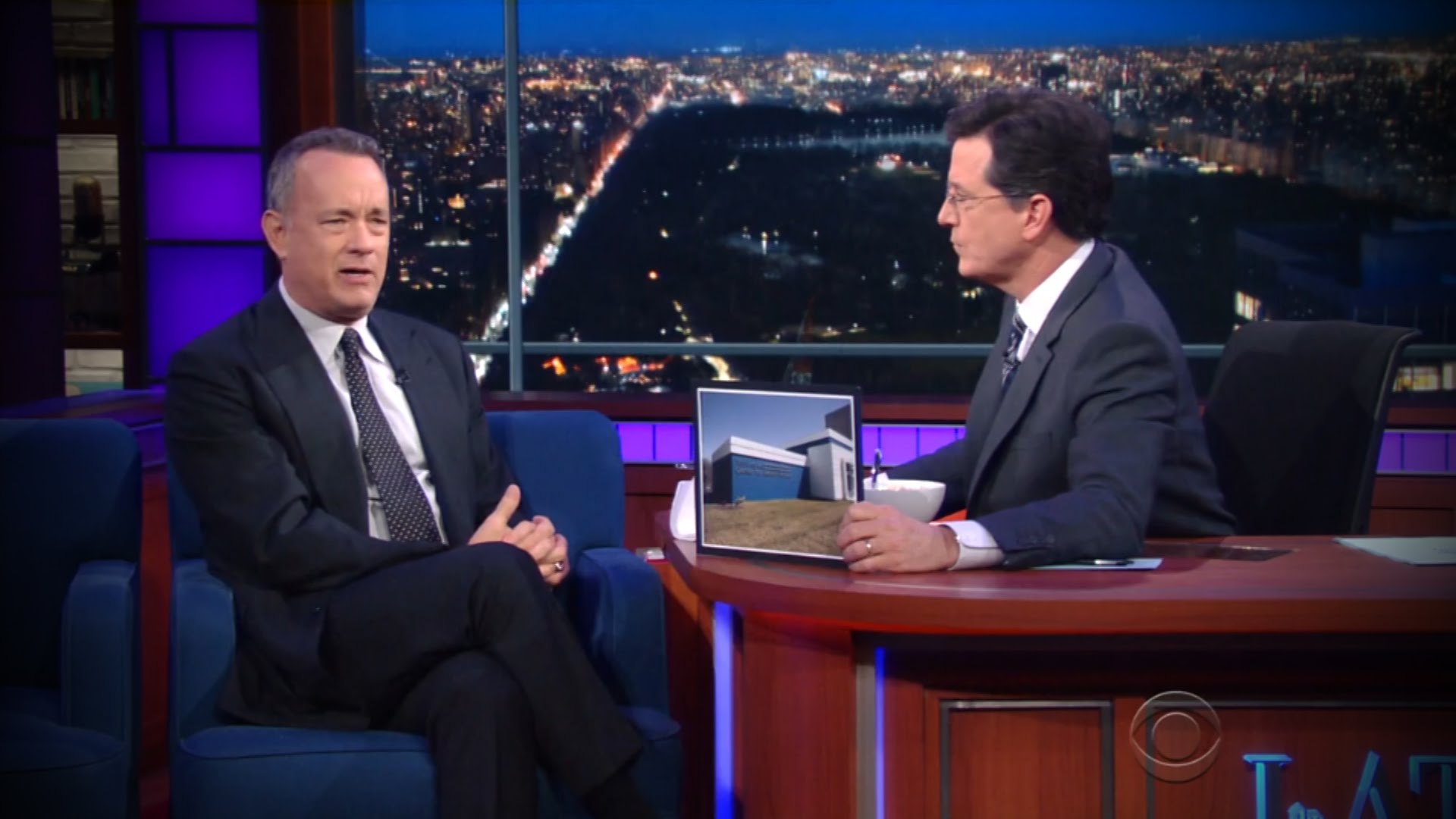 Oscar winning actor Tom Hanks made Cleveland proud on Saturday night when he closed out his appearance on ‘Saturday Night Live’ with yelling ‘Go Tribe’ – giving some love to the Indians in the World Series.

Last night, as he continues to make the rounds for his new movie “Inferno,” Hanks got into a heated discussion with Cubs fan Stephen Colbert on ‘The Late Show.’

One thing from the appearance is clear – Hanks knows the history of the Indians as well as just about anyone.