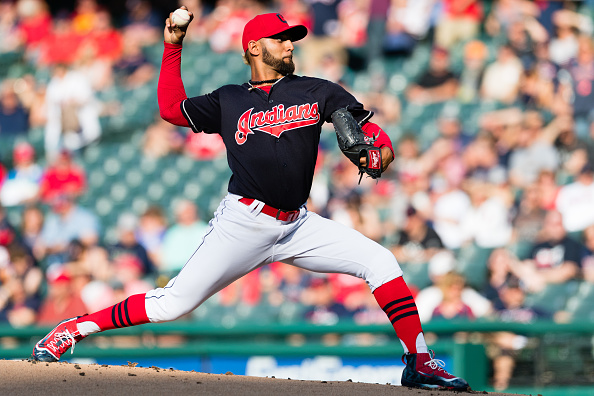 As first reported by Paul Hoynes of Cleveland.com, Corey Kluber will miss his scheduled start Friday with a stiff neck. Trevor Bauer will start in his place.

Danny Salazar will return to Cleveland to make his first MLB start appearance since June 6, as he’ll start against the Toronto Blue Jays in Game 2 of the three-games series. Saturday night’s game will be in front of a sellout crowd – the fourth sellout this season for the Tribe.

Salazar is 3-5 with a 5.40 ERA this season and made three rehab starts in Columbus, Akron and Mahoning Valley over the last two weeks. Salazar’s last rehab start in Mahoning Valley was more encouraging than the other two rough outings, as he worked five shutout innings, striking out seven, walking two and allowing two hits on 71 pitches with the Scrappers against Low-A competition.

Kluber’s stiff neck, according to manager Terry Francona “is something that just came up.”

The Indians will need to make a roster move to bring Salazar up, which could result in Kluber going on the 10-Day DL.

Report: Indians Had High Interest in Tigers OF J.D. Martinez Prior to Trade
Indians Wrap Up West Coast Woes with 5-4 Loss to Giants; Three Takeaways From the Loss