Report: Indians Had High Interest in Tigers OF J.D. Martinez Prior to Trade 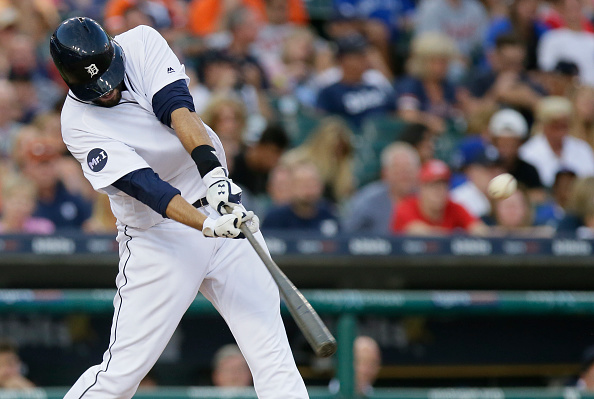 It’s no secret that the Indians are looking around Major League Baseball at possible trade options, and it’s being reported they had their eyes on one player in the division that could have assisted them not on the mound, but at the plate.

That player is now former Tigers outfielder J.D. Martinez, who didn’t end up with the Indians, but instead went out west to the Arizona Diamondbacks in a deal.

The Tigers received infield prospects Dawel Lugo, Sergio Alcantara and Jose King in exchange for Martinez, who was hitting .305 with 16 homers and 39 RBI for the Tigers in 57 games.

Martinez would have for sure helped the Indians offense as the team continues to struggle at the plate, (one run again on Tuesday night against the Giants), but it makes sense for the Tigers not to make a division contender stronger.

The righty is set to be a free agent after the season. One other interesting aspect of the Martinez deal is the fact there’s still a giveaway around him at Comerica Park this summer.

The Tigers have a J.D. Martinez-Game of Thrones ticket package schedule for July 28. He was traded today to Arizona. pic.twitter.com/p3Vxyw3evO