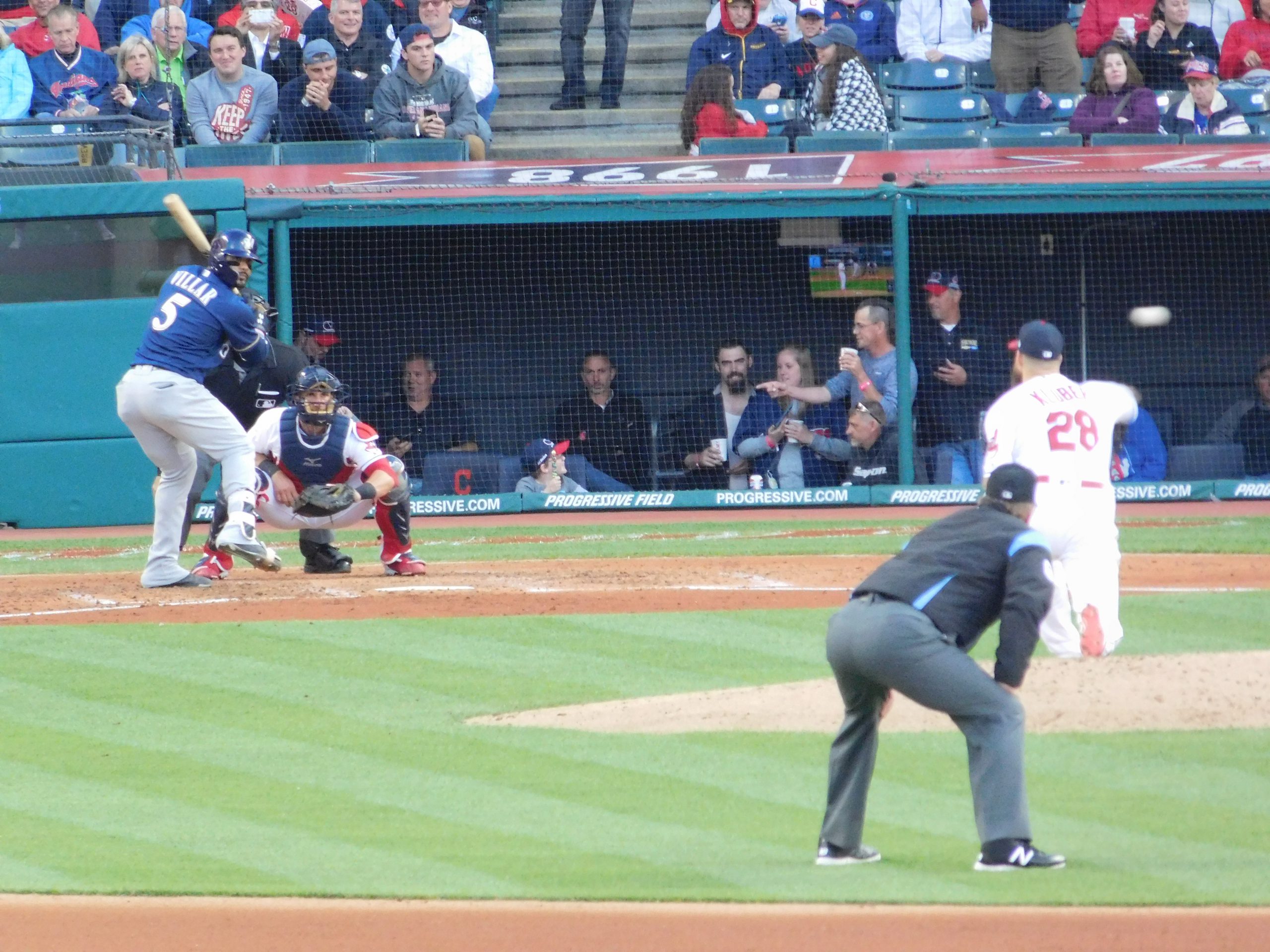 CLEVELAND – Indians fans have become spoiled when they see that Corey Kluber’s name is penciled in as that days starting pitcher, but time after time the two-time Cy Young Award winner delivers.

It was much of the same on Tuesday night at Progressive Field, as Kluber went seven strong innings and the offense did enough as the Tribe rebounded from a tough weekend in Minnesota with a 3-2 win to move to 31-28 on the season.

The Brewers lineup is nothing to sneeze at, as entering Tuesday’s affair they had won 21 of 31 games, and had a two-game lead over the Cubs in the National League Central.

They hung in and scored a run in the third to cut into the Tribe 2-0 lead at the time, but Kluber got just enough support to hold them off and the pen did the rest for the win.

Here’s three takeaways from the win, with game two and the finale of the short set at 1:10pm Wednesday at Progressive Field.

Former Browns OL Joe Thomas Throws Out the First Pitch Before the Indians-Brewers Game
Preview: Carrasco on the Mound as Indians Look for Short Two-Game Sweep of Brewers