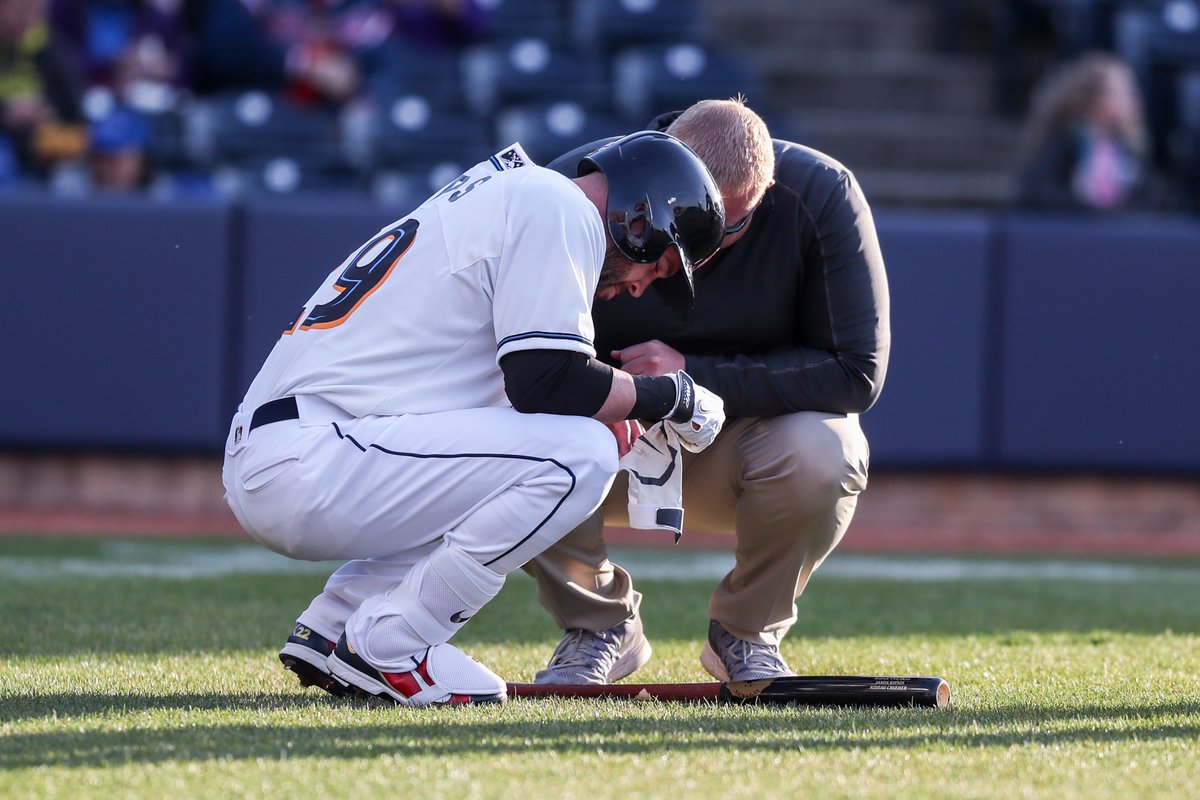 AKRON- In a rehab assignment in Double-A Akron, Indians’ second baseman Jason Kipnis took a pitch off his left hand from ex-Indians prospect Justus Sheffield and left the game an inning later as a precautionary measure by the team with a left hand contusion.

Kipnis left the ballpark without speaking with reporters after receiving treatment for his shoulder which originally placed him in Akron.

Getting his first piece of action on defense, Kipnis started a 4-6-3 double play to end the first inning.

Also spending time after missing much of the spring with a shoulder injury was Indians’ outfielder Lonnie Chisenhall. Coming in for three at-bats, Chisenhall failed to get a hit but showed some nice range playing center field and got a good jump on a long fly ball in Canal Park’s deep center and made a nice running grab.

Waiting on an official word from the Indians, Chisenhall left the game in the sixth inning and was on his way to Cleveland to be evaluated for a return to the Indians lineup as early as tomorrow.

“(I feel) good. Shoulder feels healthy, I was able to make a couple of long throws out there and it didn’t effect anything I was doing,” Chisenhall said. “I’ll have to have a conversation either tonight or tomorrow and then they usually have the last say.”

Playing in a large park and being able to get a better view of hitters from center field, Chisenhall said his range felt comfortable with swirling wind in Akron.

“I felt pretty good, it’s pretty big in left-center out there and luckily the wind held that one ball up a little bit and I was able to get under it,” Chisenhall said. “But you can see the ball and anticipate a little better than you can on the corners in center, so I tried to used that to my advantage because I’m not necessarily a burner so you try to take good jumps and take good angles.”

Despite not collecting a hit while in a Rubberducks’ uniform, Chisenhall said he was felt right on track to join the big club.

“Timing is usually the last thing that comes and the health feels there, the aggression’s there,” Chisenhall said. “That’s what I’m looking forward to.”

As for the Rubberducks, the team slipped to 2-4 on the season and fell behind early with starter Rob Kaminsky on the hill.

The Rubberducks chipped away at this one after Sheffield left the game and resisted the loss, but ultimately fell, 9-3, to the Thunder.