Jon Morosi: Indians and Astros Have Spoken About a Deal for Trevor Bauer 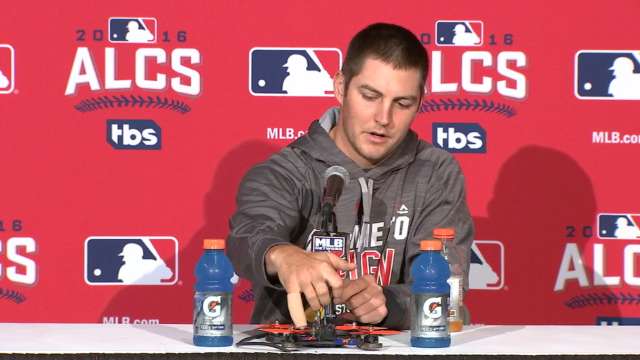 With the trade deadline less than 24 hours away the Indians are still in the market for listening, and many are still wondering exactly the direction this team will take before tomorrow’s deadline hits.

There’s a new rumor out and it’s an interesting one based on the fact that the Astros are in town tonight, and that’s from Jon Morosi, who says that Cleveland and Houston have talked about a deal for pitcher Trevor Bauer, who keeps coming up in conversation it appears.

Sources: #Indians, #Astros have had recent communication about possible Trevor Bauer trade. The extent of progress in talks is unclear. Houston is pursuing multiple starting pitchers, with hopes of landing one. @MLB @MLBNetwork

As Morosi says, the Astros want a pitcher, and it sounds like the Indians are still willing to listen to offers for Bauer.

While a match is unlikely it feels, it goes without saying that the Tribe has an open ear still when it comes to moving Bauer, and it sounds like they would be willing to trade him to just about any team at this point for the right price.

Mixed Messages: Was Trevor Bauer Showing Competitiveness or Crossing the Line?
Danny Salazar to Start for the Indians Thursday; Makes His Return for the First Time in Two Years