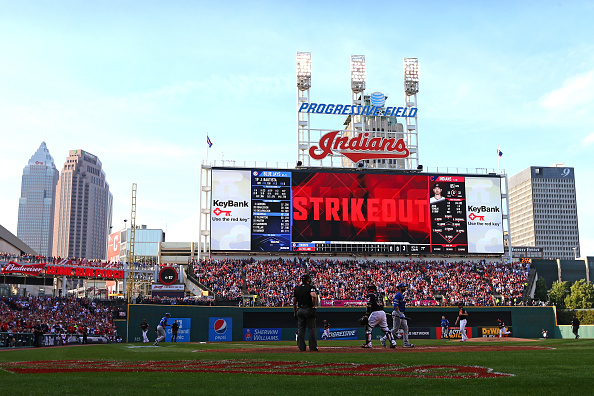 Call it frustration, or maybe just grasping at straws, but whatever it is this much is clear, the Blue Jays are starting to feel the pressure.

How else could you explain the comments of Toronto slugger Jose Bautista, who today in Toronto made some outlandish comments about certain ‘circumstances’ being the reason as to why the Indians have taken control of the American League Championship Series.

In case you missed them, there’s the comments that Bautista made earlier on Sunday.

Jose Bautista implied today that there are “circumstances” working against the Jays & we’re not talking about whatever they are. #postseason pic.twitter.com/cbTfN7gqws

Let’s not forget that the Red Sox also made a claim during the Divisional Series about the Indians stealing signs, but in the end, their claims were unfounded and the Tribe went on to win the series 3-0.

Now the Jays are latest to come out and make claims, this time it seems to be about home plate umpires, and the fact the Indians have a number of times gotten called strikes.

Home plate umpires Laz Diaz and Jim Wolf were those behind the plate in the first two games, and while the strike zones at times seemed large, for Bautista to make such a claim with his team scoring a total of one run in two games seems a bit like crying over spilled milk.

A number of Jays have said things will be different at the Rogers Centre for games three, four and five (if necessary), for now the Indians twitter account has fired back about those ‘circumstances’ and what they think they are.

Chief Wahoo To Be Banned In Toronto? Application To Be Reviewed Monday On Whether Logo Can Be Used In ALCS
One More Win: Indians a Game Away From World Series After Overcoming the Odds to Beat Jays 4-2