Are the Indians World Series Bound? History Suggests Get Your Tickets Now 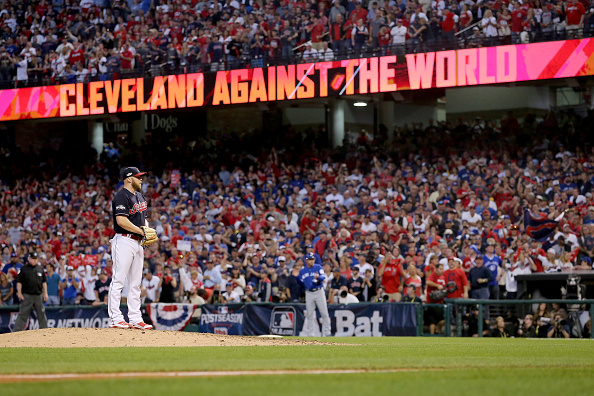 Following Saturday’s dramatic 2-1 win over the Toronto Blue Jays at Progressive Field to go up 2-0 in the best of seven American League Championship Series, the words that many Indians fans have been avoiding are starting to pop up more and more in conversation – ‘World Series birth.’

Yes, the Tribe is two games away from going to the promised land, a place they haven’t been in 19 seasons, since that fateful night in Miami in October of 1997 when in extra innings they lost to the Florida Marlins in the seventh game of the World Series in a game that to this day haunts fans.

So is 2016 the season the Indians finally break the curse? Momentum is completely on their side, and now history seems to be also on their side in terms of earning a birth to the World Series.

The stat – a pretty simple one tweeted out Saturday night by former Indian and current Tribe broadcaster Jensen Lewis.

That’s right – only three teams since 1985 have blown a 2-0 lead, which seems crazy considering that in the last 36 years 25 teams have had 2-0 leads, and just three have failed to finish the job.

Now that we know that stat is out there, let’s see if the Indians can make it 23 of 26 teams with a 2-0 lead make it to the World Series.

We will know if it happens starting Monday in Toronto.