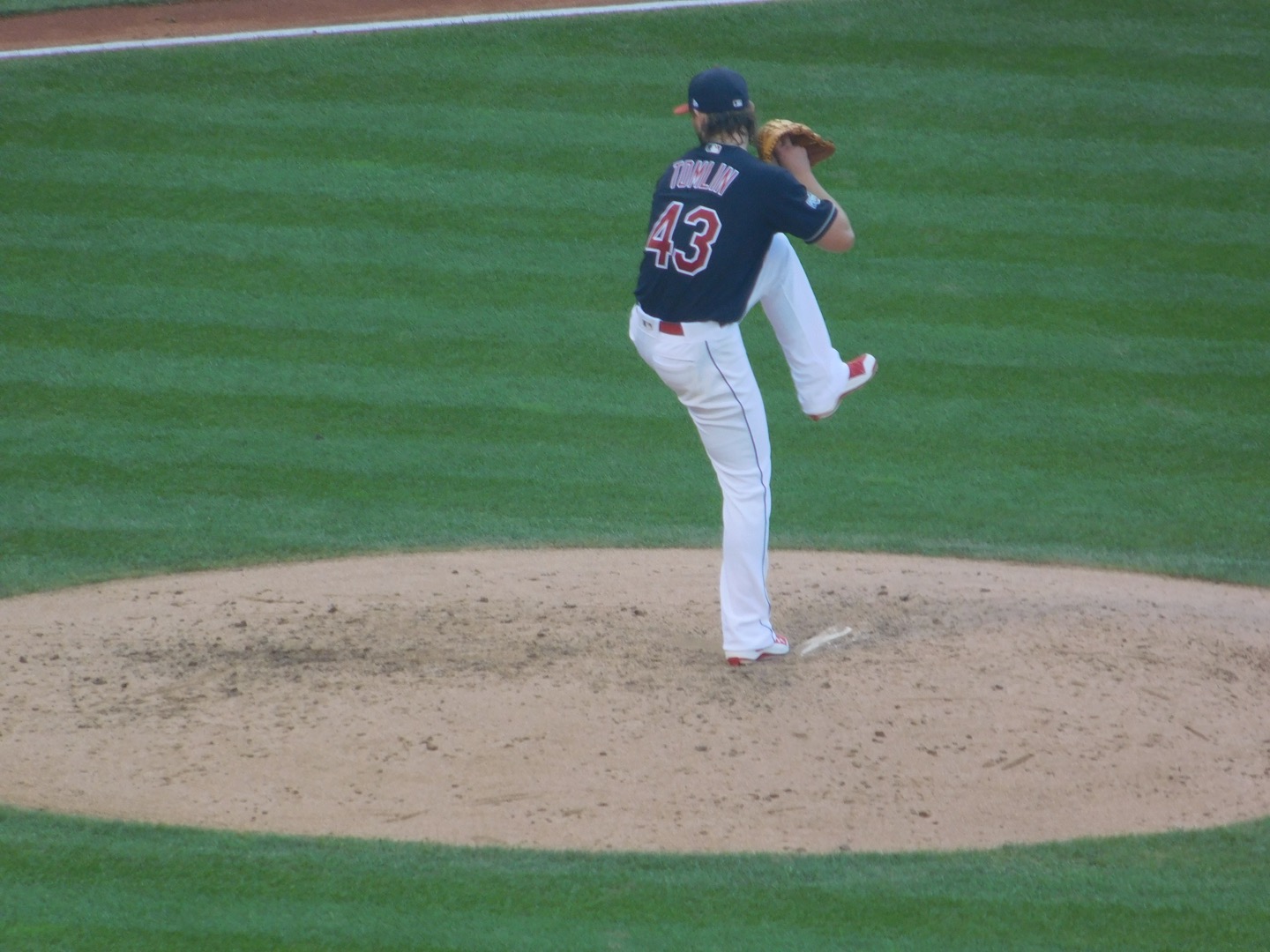 CLEVELAND – No one would have thought that the Blue Jays, a team that for three games lumbered through the Texas Rangers, could be shut down as effectively as the Indians have the last two days.

Saturday, less than 24 hours after three Indians pitches shut out the Jays, the team again dominated on the mound, as four Indians hurlers held the Jays to one run in a Tribe 2-1 win.

The win for the Indians makes it five straight postseason wins, and puts the team now at two games away from a birth in the World Series against the winner of the NLCS between the Los Angeles Dodgers and Chicago Cubs which starts Saturday.

Josh Tomlin was sensational for the Indians, allowing one run in 5.2 innings, giving up three hits, two walks and six strikeouts.

Unlike Corey Kluber Friday night who allowed a number of base runners early, Tomlin was in control, getting a ton of ground ball outs, and he had the ability from the start to put Jays hitters away.

He was able to use his curveball early, and it paid off as Jays batters just kept hitting balls into the ground, a sign that was the Indians hurler was throwing was working.

“I needed to establish I could throw for a strike early on, and then it was a pretty good pitch,” Tomlin said of his curveball.

“It was effective early on, so the endgame strategy at that point was use whenever is a good time for it and see if we couldn’t get them out in front to try and get some early outs.” 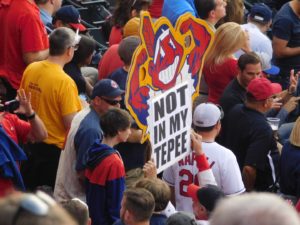 Carlos Santana started the Indians offense as he slammed his first postseason homer off Jays starter J.A. Happ in the second inning to give the Indians a 1-0 lead.

The Jays got their only run of the day as after a Darwin Barney single to center, he came around to score on a Josh Donaldson double to right, the Jays only extra base hit of the day to make it a 1-1 game.

Cleveland responded with the game-winning run in the third to give them the 2-1 advantage.

Roberto Perez walked, and Rajai Davis hit into a fielder’s choice. He then stole second and went to third on a wild pitch, and scored when Francisco Lindor, Friday’s hero, singled to bring home Davis with two outs to give the Indians the lead.

Tomlin continued to deal, and the pen took care of the rest, as Bryan Shaw got one out, and then Andrew Miller again was dominant, striking out five batters in two innings.

Cody Allen threw a 1-2-3 ninth, and just like that the Indians are six wins away from a World Title.

Two games away from winning the American League, Indians manager Terry Francona continues to try and stay grounded and keep the team prepared for a trip to Toronto.

“We’re hopefully going to have a nice workout tomorrow, and then we’ll play Monday,” Francona said.

“It’s baseball, I am sure it will be a fantastic atmosphere, but we’ll play another game and see if we can be one run better, that’s what we always do.”

Sunday is a workout day in Toronto, and Monday the two teams will do battle in game three, as Trevor Bauer will throw for the Indians against Marcus Stroman at 4:08pm.

Updated World Series Odds Give Indians Second-Best Chance to Win it All
Are the Indians World Series Bound? History Suggests Get Your Tickets Now