Indians Win Three in a Row Beat the Royals 14-6 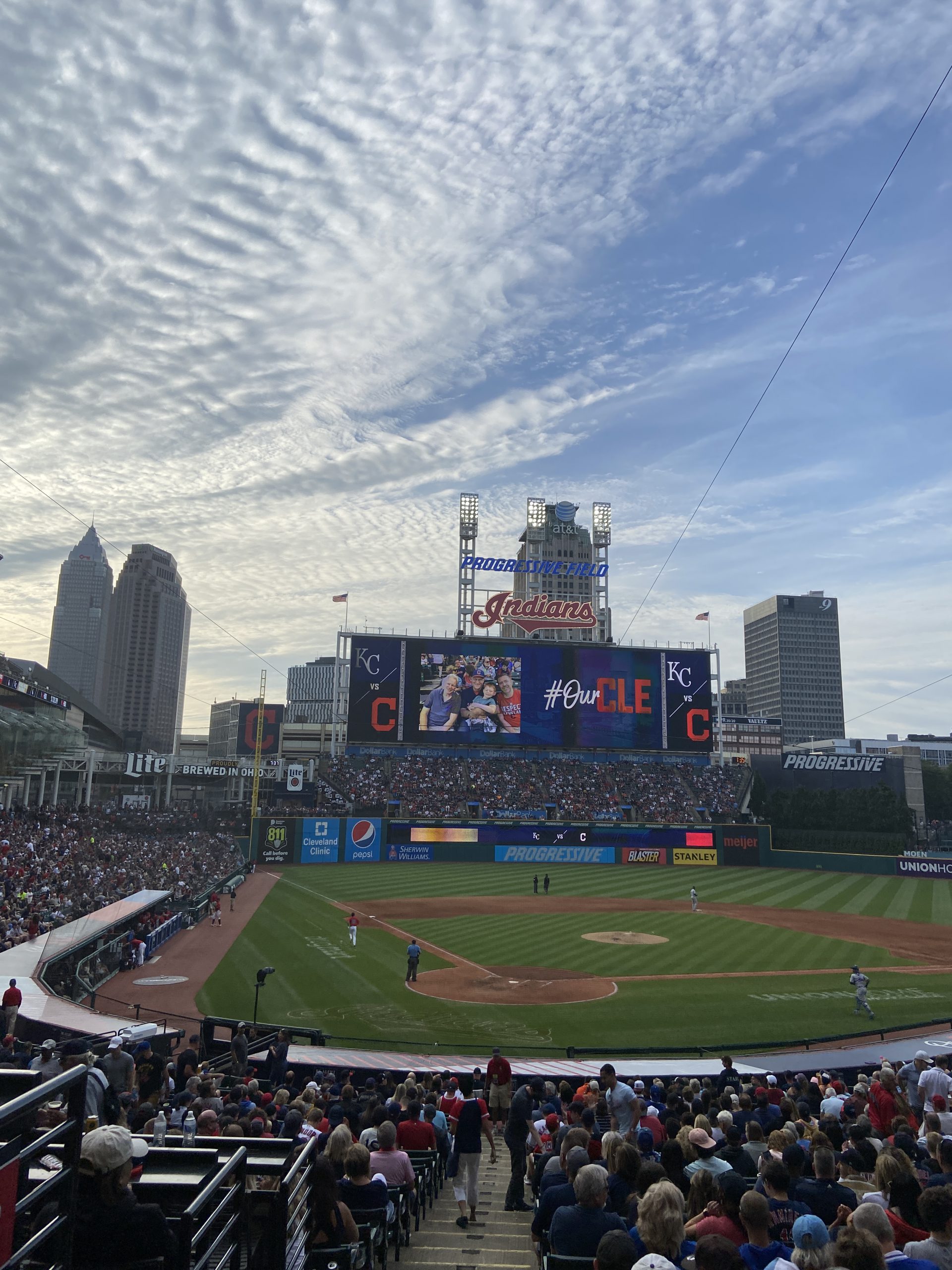 For the third game of the series, Cal Quantrill was on the hill for the Tribe. This is the 26-year old’s eighth start of the season. Quantrill was primarily a reliever until injuries riddled the starting rotation. He’s since then moved into a starting role. His last outing, on July 4th,  was against Houston. He he did not factor in the decision while going 5.1 innings and allowing three runs.

Cleveland was coming off two dramatic walk-off wins against the Royals going into Saturday. After snapping their nine-game losing skid the team is looking to ride momentum into the All-Star break.

Salvador Perez went yard off of Cal Quantrill to put the Royals up 2-0 in the fourth.

The Tribe got on the board in the bottom of the fourth with a double by Bobby Bradley.  The double scored Jose Ramirez but Franmil Reyes was thrown out at home. Bradley Zimmer jumped in the fun with a single that scored Harold Ramirez. Then Cesar Hernandez ignited the party with a three-run blast to center making it a 6-2 ball game.

The Indians tacked on another one in the fifth. Bradley grounded into a double play however, Jose Ramirez scored bringing the score to 7-2.

Andrew Benintendi homered for the Royals in the sixth bringing the score to 7-3.

Roberto Perez hit a solo shot in the six and it was 8-3.  Amed Rosario doubled and brought the score up to 9-3.

The Royals attempted to claw back in the seventh. Nicky Lopez grounded out to first allowing Hunter Dozier to score and it was 9-4. Whit Merrifield had a sacrifice fly to score Jorge Soler and Kansas City brought it to within four at 9-5.

Benintendi singled in the seventh and Royals inched closer at 9-6.

It was the bottom of the seventh The Indians weren’t done just yet. Roberto Perez singled and scored Bradley and the Tribe reached double digits, 10-6. Oscar Mercado blasted a three-run shot and it was 13-6. Mercado had a career-high night of four RBIs.

Jose Ramirez didn’t want to be to left out of the home run fun. He had a solo shot in the bottom of the eighth and that brought the score to 14-6.

The Indians will be looking for the sweep on Sunday. Game time 1:10pm