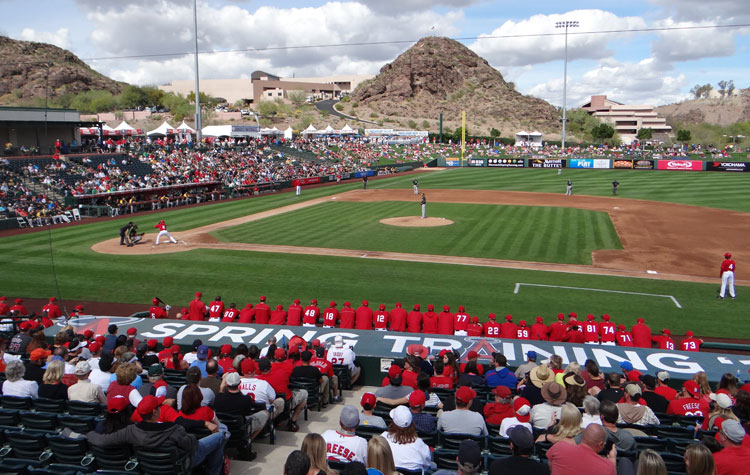 The Indians took care of the Los Angeles Angels 7-2 on Saturday afternoon in front of a sold-out crowd at Tempe Diablo Stadium.

With the win the Indians hot spring continues, as they have won eight of their last 12 Cactus League games.

Mike Clevinger had a solid outing to get the win for the Indians to move to 2-0 on the year, and his ERA is at 2.79 following the start.

It was Clevinger’s second start and third appearance of the spring, allowing two runs on two hits while striking out four (2R/1ER, 1BB).

The Indians offense got going in the fist when they got back-to-back sacrifice flies from first baseman Jake Bauers and left fielder Jordan Luplow.

Center fielder Oscar Mercado (2-3) extended the Tribe lead with an RBI-double in the fourth, coming around to score on an error.

The Indians added two more runs in the 8th on a solo home run by Brandon Barnes (3rd of spring) and an RBI-double by Mike Freeman.

Sunday the Indians will be the visitors against the Cincinnati Reds at Goodyear Ballpark, with a first pitch at 4:05pm.

The game will be broadcast on SportsTime Ohio, WTAM 1100 and the Indians Radio Network.

Indians Sign OF Carlos Gonzalez to a Minor-League Deal
Indians Back in Goodyear to Take on the Reds with Kluber on the Mound, The Tribe Starting Nine