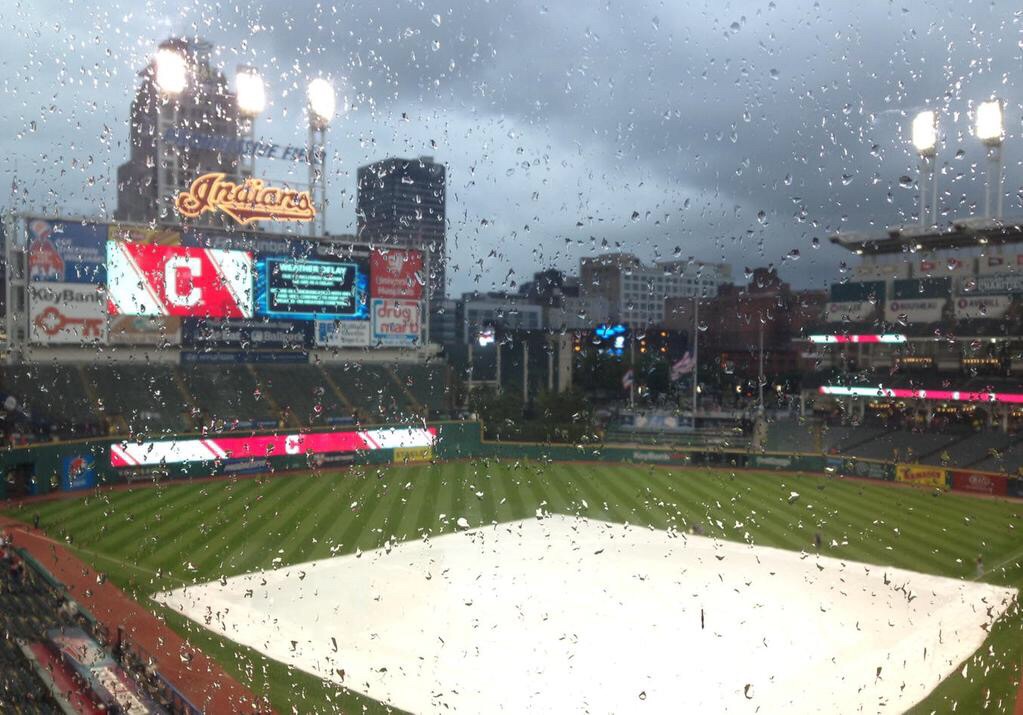 CLEVELAND – Mother Nature again had her way Saturday night, as the Indians and Tigers were rained out for the second straight night.

The team is already set to play a traditional doubleheader Sunday starting at 1pm.

For now, no makeup date for the game has been announced.

The forecast appears to be better for the two teams to try and play a pair Sunday.

Fans holding tickets to the Sept. 12 game who would like to attend the makeup game vs. the Tigers should hold on to their tickets; makeup information is still to be determined.

Fans who do not want to attend the makeup game vs. the Tigers have two other exchange options: Sept. 12 tickets also can be exchanged for the Tribe’s games vs. Boston on Friday, October 2 (Fireworks) or Saturday, October 3 (Dollar Dog, Fireworks, Fan Appreciation Night). Those exchanges must be made by Sept. 25.

Fans who purchased tickets at Indians.com and who do not want to attend the makeup game vs. the Tigers will receive an email with further details on how to exchange for the designated exchange games, on October 2 or October 3. Exchanges will occur online through My Indians Tickets.