Indians Spring Training Will Be Here Before You Know It 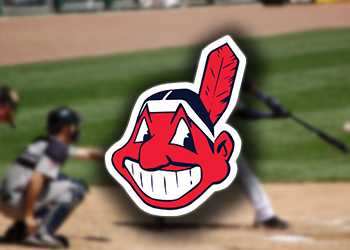 Despite the Cleveland Indians failing to win the World Series in 2017, fans of the team have eagerly awaited the schedule announcement for the 2018 preseason training to released. This year, the Indians will be on a quest to win the American League Central Division championship for the third year in a row and it all starts with a strong training season. With a new year ahead and new blood on the team, the Indians are hopeful to be in the running for the Pennant as well as a World Series title.

This year‘s spring training will kick off on February 14 when the catchers and pitchers report, followed four days later with the entire Indian squad. The Indians will spend a large portion of the training season in Goodyear, but will be heading to Vegas from March 17-18 to play a series with the Cubs, taking part in the 2018 Las Vegas Big League Weekend. The spring training will come to an end with two great games against the Diamondbacks at the end of March and they will the open the season on March 29 with a game against the Mariners.

The 2017 season was one to remember for the Indians and they entered the postseason as the top seed with 102 wins on the year. The team had a full roster of healthy starting pitchers and had the best run differential in the entire league. After a successful season and great hopes for a postseason, something drastically changed and things went down the drain for the Indians. They were knocked out of the first round by the Yankees, who entered the postseason with a wild-card.

The Tribe has such a promising season that fans all over the United States were placing odds on them being the World Series winners. Fans were flocking to online betting sites and online casinos to bet here in hopes of the Indians pulling out a win against the Yankees and moving one step closer to being the champs. However, even though they had a strong season with few injuries, the postseason did them in and the Indians hung their heads after losing the first round of the series.

There were many amazing moments throughout the season and the Indians are hopeful to recreate some of these in the upcoming season. With 201 regular games won, it was the third time in the history of the franchise that the team won over 100 games. They also had an amazing winning streak of 22 games, setting an American League record. The only other team in the MLB that ever had a longer win streak was the New York Giants in 1916, when they had a 26 game streak. One of the most exciting moments in the season was in Game 2 of the ALDA. The team was down by five runs and were able to create the most epic comeback, winning the game 9-8 playing extra innings. Despite these amazing moments, the Indians still managed to come up short, a huge disappointed to Francona, the team manager.

Now that the spring training schedule has been released and fans are eagerly awaiting the start of the season, it is a good time to take a look at the 2018 team and see what can be expected. The good news is that the majority of the players from 2017 will be returning to the team for the 2018 season, so they will be off to a strong start when they take on the Mariners as the opening game. There will be some changes as there are 8 potential free agents. However, it is not known if the team will use the $12 million option to renew Brantley’s contract or the $7 million option on Logan. Both of these would be wise choices and the team would end up paying each player a buyout amount of $1 million. In 2017, the Indians closed the season with a payroll record of $139.2 million. That number is expected to be surpassed in 2018 and as long as the championship window remains open and there is a possibility of the Indians being World Series winners, the owners of the team have no problem boosting the payroll.

Even though many members of the team will be returning, the slight changes could affect overall team performance. The managers, coaching staff and even commentators will not have a solid idea of how the 2018 season will look until all players are in action when spring training starts in February. For now, fans can only hope that their team will once again set records and clinch titles as they take the field in the 2018 season.