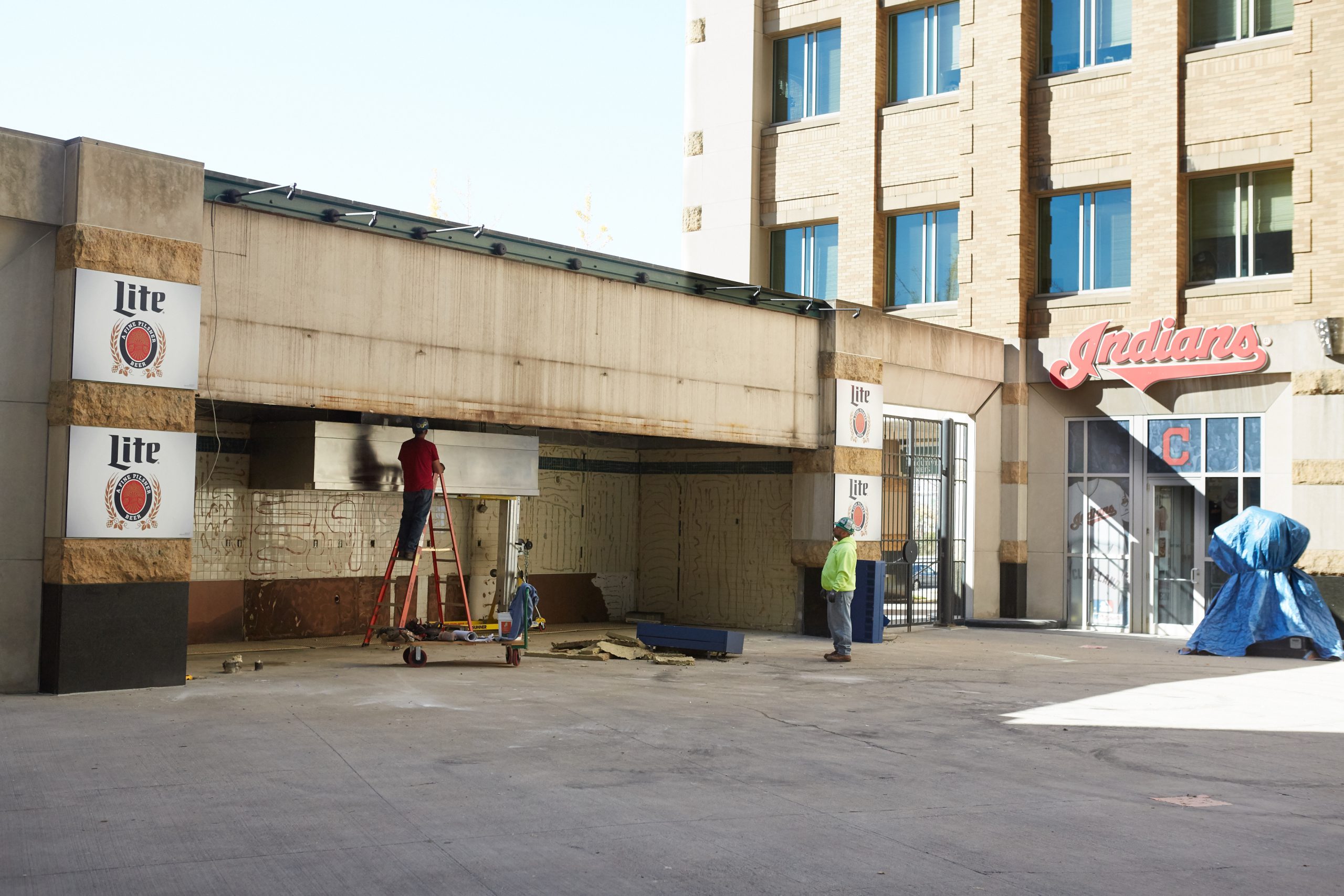 CLEVELAND – Progressive Field got a new look last season that fans seemed to enjoy, and now even more changes will come to the ballpark for 2016.

The Tribe Monday sent out some photos of the ongoing construction at the ballpark. The renovations are expected to be wrapped up for the opener for 2016, which is April 4th against the Red Sox.

Some of the changes include a new club behind home plate on the main level. Fans will have a new look as the concourse is being opened up as well.

As far as seats go, some seats behind the back sections of the main level behind home plate will be taken out. Last season about 7000 seats were taken out of the upper deck.

Here’s some pics of the new construction at Progressive Field.