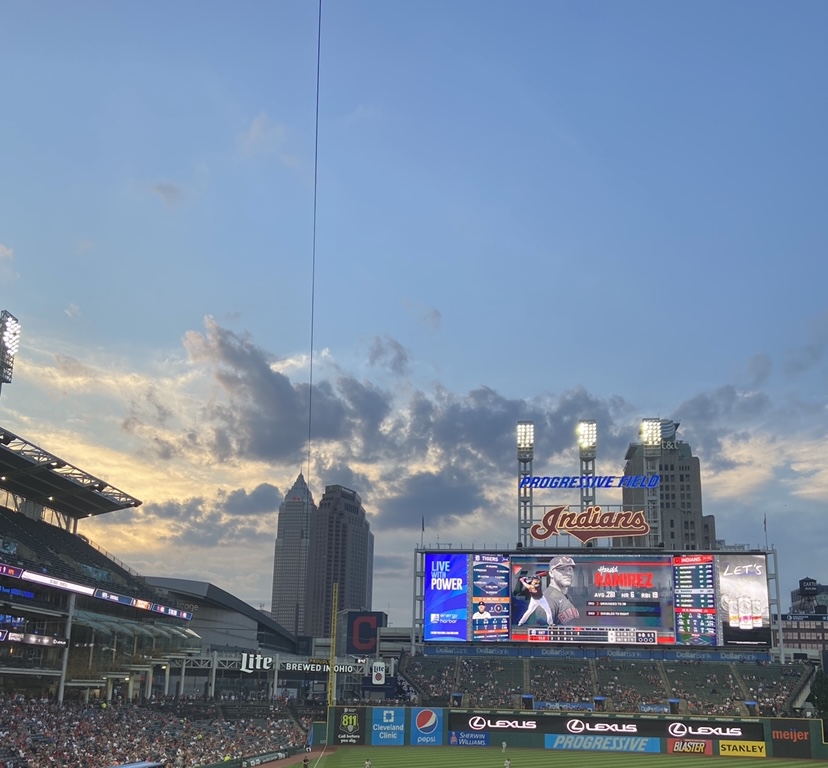 The Indians began a three-game series with the Detroit Tigers Monday night. The Tribe came home after a ten day, three city road trip. The Indians ended that road trip on a somber note in Minnesota. Right-fielder Josh Naylor collided with second baseman Ernie Clement on a check-swing-pop-up from Twins’ Jorge Polanco. Naylor suffered a closed fracture & dislocation of the right ankle. He will be evaluated, later this week, to determine the extent of the injury and timetable for operative intervention.

Eli Morgan was on the hill for the Tribe Monday. This marked his fourth major league start. Morgan made his debut on May 28 against Toronto. That start was memorable as the winds gusted close to 50mph and sheets of rain blew through the ballpark. Morgan has improved over each start. In Monday night’s game he went five innings, giving up six hits, four runs and striking out four.

Cleveland got on the board early with RBIs from Eddie Rosario and Jose Ramirez. Detroit answered back, in the top of the second with solo shot by Miguel Cabrera (493rd of his career.) However, the Indians added more in the bottom of the inning. Bradley Zimmer had an RBI and Austin Hedges blasted a two-run shot to put the Tribe ahead 5-1.

Jeimer Candelario singled in the fourth to bring the Tigers within three. Once again the Tribe raised the stakes with a double by Cesar Hernandez that added another run. Jose Ramirez drove one deep to right field scoring three runs. This knocked Detroit’s starting pitcher Matt Manning out of the game bringing the score 9-2.

The back and forth offense wasn’t done. The Tigers once again came back with a two-run homer by Jake Rogers in the top of the fifth inning. Just like that the Tribe answered right back with RBIs by Harold Ramirez and Hedges. Detroit was quiet in the sixth inning but not Cleveland. Eddie Rosario doubled driving in a run.

The party wasn’t close to over yet. Detroit was shut down in the seventh inning while Jose Ramirez singled to score a run.  This gave the Indians a season-high 13 runs.

Robbie Grossman hit a solo shot of Nick Wittgren in the eighth inning to set the score at 13-5. Wittgren was able to get out of the inning not allowing additional runs.

The Tribe shuts down the Tigers taking game one of the series. Tuesday night’s game first pitch is 7:05pm.

Can The Cleveland Indians Win The AL Central?
Indians Break 9 Game Losing Streak with a Walk Off Win