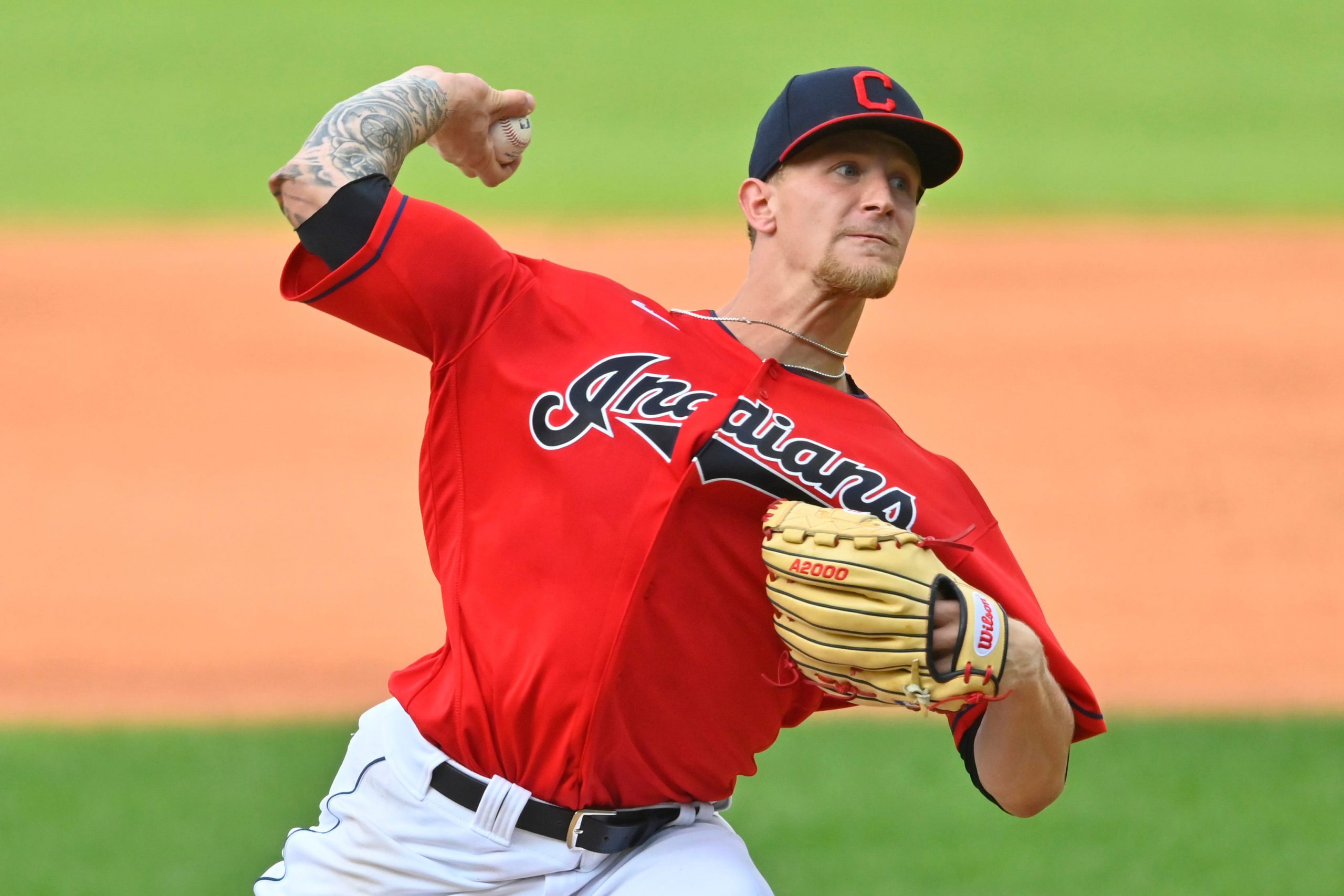 After a slight 12 minute rain delay, Tuesday’s game against the Royals was underway. Zach Plesac made his return to the mound for the Indians since returning from the IL. Plesac last started for the Tribe on May 23 when he suffered a broken thumb after the game. Since then the Indians have lost Shane Bieber and Aaron Civale to injury leaving the starting rotation situation in shambles. Having Plesac back on the mound was a welcome sight.

Right-handed pitcher J.C. Mejia was optioned to Triple-A Columbus to make room on the roster for Plesac.

Whit Merrifield singled in the third inning to drive in a run putting the Royals on the board 1-0.

Carlos Santana and Hunter Dozier both went yard to bring the score to 3-0 in the fourth inning.

Bobby Bradley hit a solo shot in the fourth to get the Tribe on the board bringing the score to 3-1.

Francona said prior to the game that Plesac would be held to around 60 or so pitches. He ended up with 55 pitches. Plesac went four innings, allowing three runs and striking out four.

The Indians tried to piece together a rally in the sixth inning when Harold Ramirez and Bradley both singled. They were left on base though and the score remained 3-1.

Roberto Perez sparked a rally of his own with a three-run blast in the eight inning.  The crowd of 13,272 at Progressive field celebrated as the Tribe took the lead.

Carlos Santana took all the air out of the crowd in the eighth inning. Santana’s homer to center knotted the score up at four.

Franmil Reyes walked it off in the ninth with a three-run blast to give the Indians their sixth walk-off win this season.

The second game of the four game series will be Friday night at 7:10.