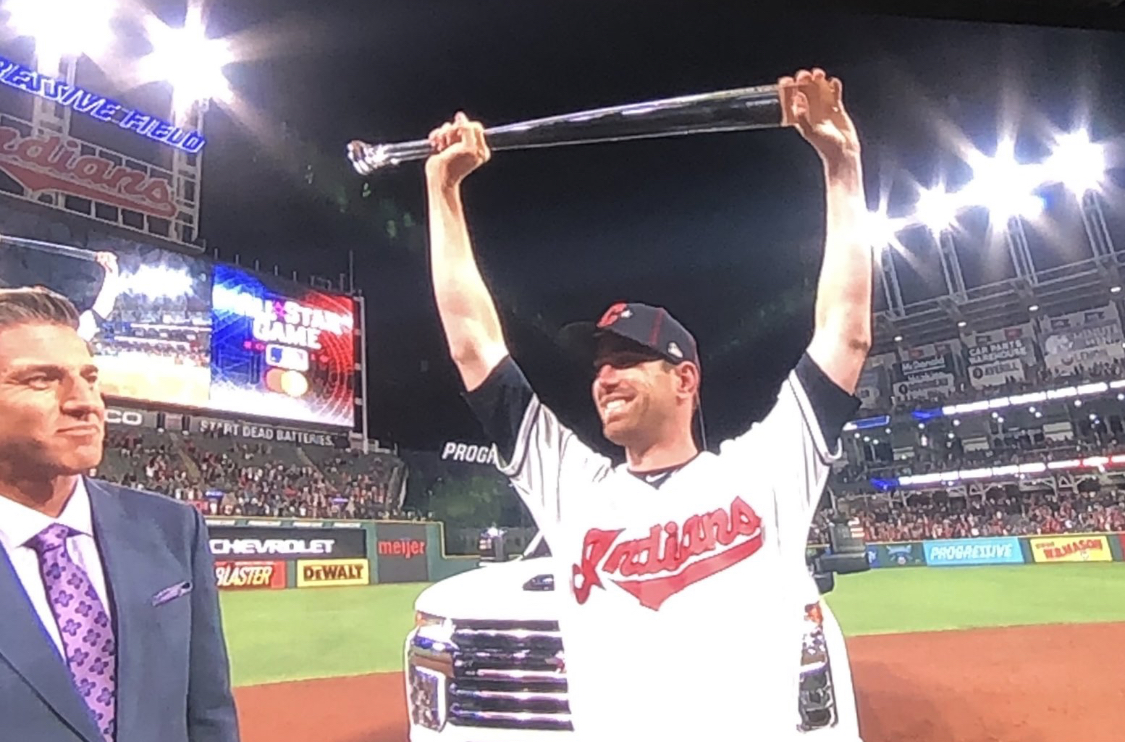 CLEVELAND – Added to the All-Star game roster for the American League just five days ago, no one could have possibly guessed the storybook night Shane Bieber would have at the 90th MLB All-Star Game at Progressive Field.

Pitching in front of a rowdy hometown crowd, Bieber entered the game in the fifth inning, and struck out the side, doing enough to earn the fans vote for the Ted Williams All-Star Game MVP award.

The outing by Bieber helped pave the way for the American League to win their 7th straight All-Star game as they defeated the National League 4-3.

The award going to Bieber evokes memories of 1997, when then Tribe catcher Sandy Alomar Jr. won the All-Star Game MVP award after hitting a two-run homer to lead the AL to a win.

Things were not so clear cut for Beiber, but there was no real standout player in the game, leaving the door open for the Indians pitcher to take home the award.

The right-hander recorded the three K’s in the 5th by getting Willson Contreras looking, Ketel Marte swinging and Ronald Acuna Jr. looking.

The loud sold-out crowd at Progressive Field cheered louder for each K, and by the time he was able to get Acuna Jr. looking the place rose to its feet in celebration of the feat for Bieber.

The fifth inning was the only inning Bieber pitched. He is scheduled to pitch the finale of the three-game set at Progressive Field Sunday against the first-place Twins.

Bieber on what was working to K the side and his first half #Indians pic.twitter.com/TQaxV5Wuys

Shane Bieber on Carlos Carrasco and his inspiration to the team #Indians pic.twitter.com/g2FtO5c7Oj