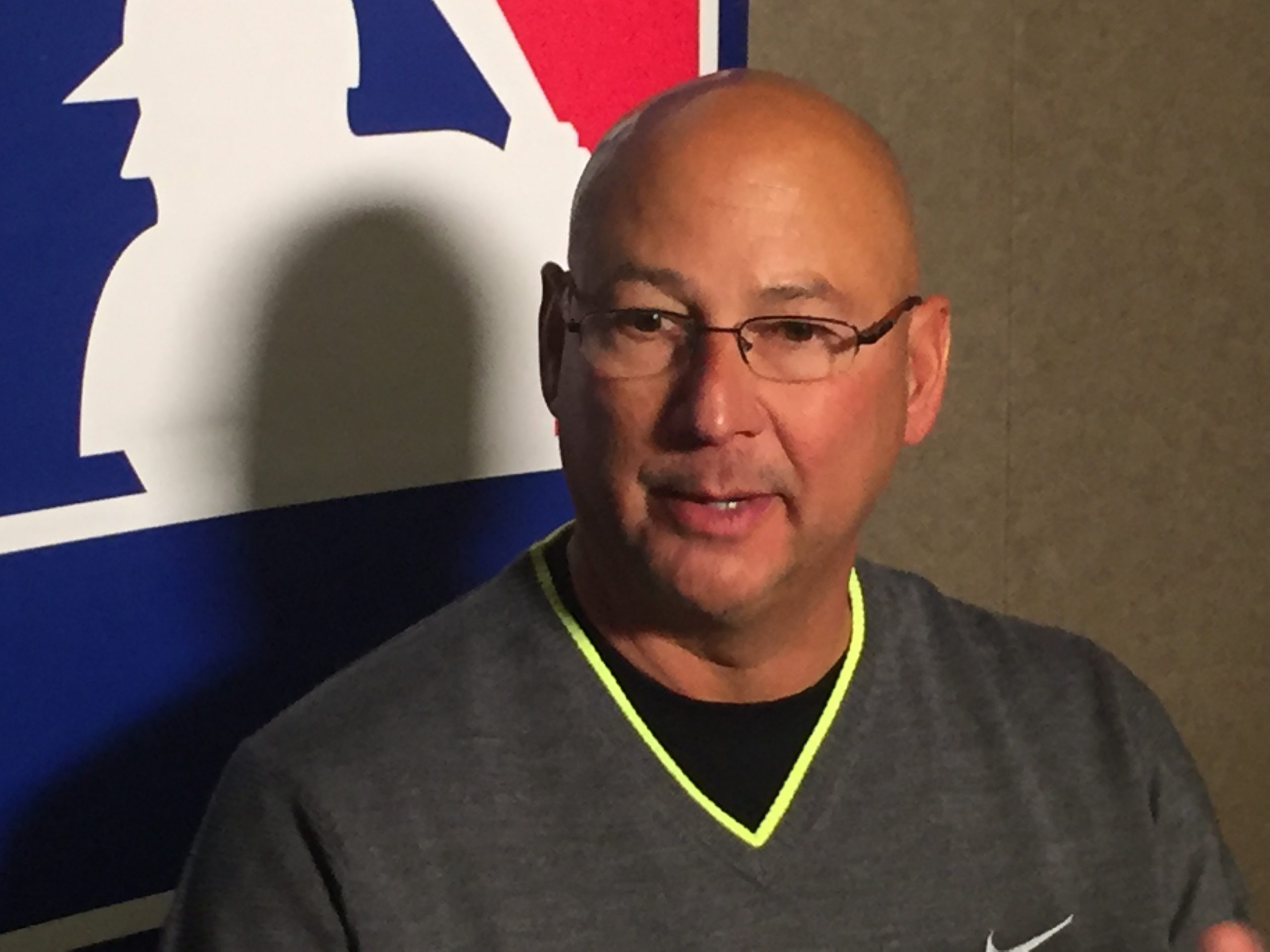 Indians manager Terry Francona was front and center today at the MLB Winter Meetings in Orlando, as the manager of the team that had the best record in the American League was peppered with questions about different areas about the team.

The first of which had to do with the situation regarding Carlos Santana, who is being pursued by a couple teams around baseball to come in and play first base.

Francona was asked if there was an internal player that the Indians could plug into first if Santana does leave, and the manager responded that the club could look to the free agent market for replacement.

Francona was asked if Indians have the internal options to fill 1B if Santana doesn't return: "We have guys we could [play there]. I think we'd probably like to sign somebody."

There’s a number of possible players that could fill the void from the outside that are free agents, such as Lucas Duda, Mike Napoli, Mitch Moreland and others.

Their price tag and the Indians interest will determine if any of those players are a fit for the Tribe should Santana not return in 2018.

On to Danny Salazar, and the news today that the Cubs and Indians have reportedly had some early talks about the Tribe moving the pitcher to Chicago, the team that beat them in the World Series just 14 months ago.

Bruce Levine of 670 The Score in Chicago reported the news about the Indians and Salazar today, and Francona was asked if the team had any interest in moving any of their starters from their rotation.

Here’s what Francona had to say via Zack Meisel of The Athletic:

Will the Indians trade a starting pitcher? (Salazar?)

Terry Francona: "Unless somebody just knocks your doors off, we plan on keeping it."