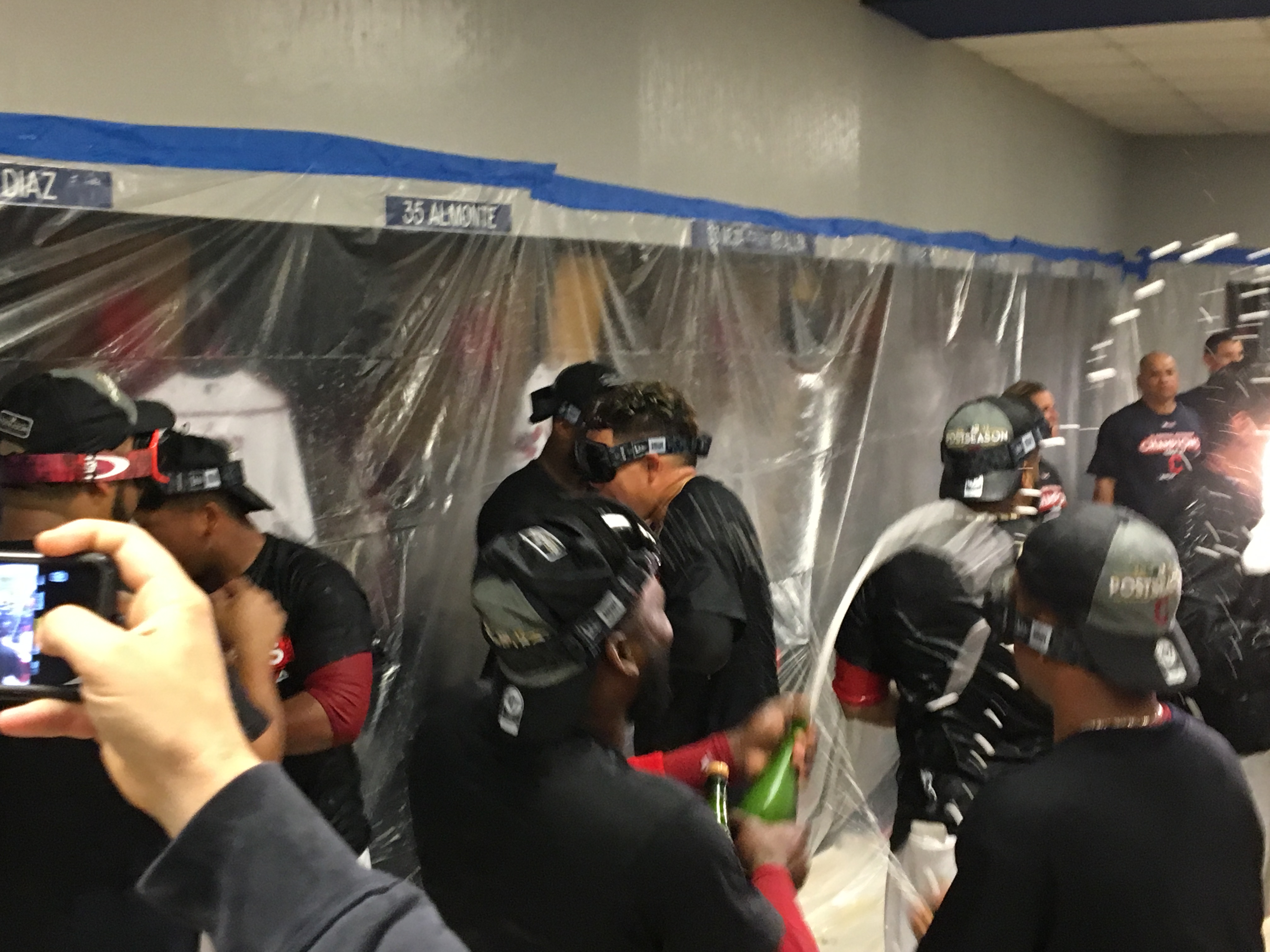 As the sign hangs in right field “455 The Fans” may seem like bygone age in baseball history when games were reasonably priced and the Indians seemed like a cheat code in a kid’s video game.

Dating back to June 12, 1995 to April 4, 2001, the streak that would eventually be beaten was the life force behind a blue collar city that shielded the loss off a football team and a long struggling basketball team behind the elusive streak of 455 straight sell outs that made Cleveland a city of championship fans in a championship-less city.

We’re reminded of those days, even the the kids who could barley talk can remember the awe-inspiring plays of Omar Vizquel and Robbie Alomar followed by the big bashers in Jim Thome and Manny Ramirez, but now, it’s time to flush out what could have been and focus on the now.

You know the big number of 22, but what Cleveland has bred in its roots is the ambition of being a baseball town, disguised as a football town. While the Browns continue to struggle, some look for the outlet from the frustrating Cleveland franchise that still feels like an expansion team.

Fear not! Your Indians are here.

Staring down an MLB best record with only the Dodgers in the way, the Indians have been hands down the most exciting team in baseball since the second half started, and it isn’t just because of the wins.

Defensively, the Indians have been as sensational and rival those mid-90’s teams that have been highlighted for years. But with all new names, this group has the fire power to rotate in pieces to get the job night in and night out.

The game master Terry Francona seems to be one step ahead of the completion, no matter how many moves the Indians mat seem to be behind.

Answering for 22 straight wins and starting a new streak on Saturday, the Indians have as much depth and talent of any team in baseball while yielding unrivaled success on the field.

Still missing Michael Brantley (.299, 52RBIs) and Jason Kipnis (.228, 30RBIs) while Lonnie Chisenhall has has missed significant time this season, the Indians’ no-quit attitude has reached unparalleled levels with a post season birth already in the bag.

So you may be asking, what’s the point of this article?

Filled with info we already know, the battle cry remains the same

There’s no doubt that any and all post season games will be sold out, the intensity that has been brought over the past few weeks has to be brought to the next level.

There is not getting used to winning ways and as Jay Bruce put it: “There’s guys that have been in the league 16 years and never been to the post season, so I’m not taking anything for granted.”

Much like the players, the Cleveland fans’ approach must be similar in recognition of this special season. Knowing it may be another 101 years before another 22 game win streak, what Indians fans can control is out time now.

We come out loud, we come out in numbers, but most importantly we come out with purpose to finish business from 2016.