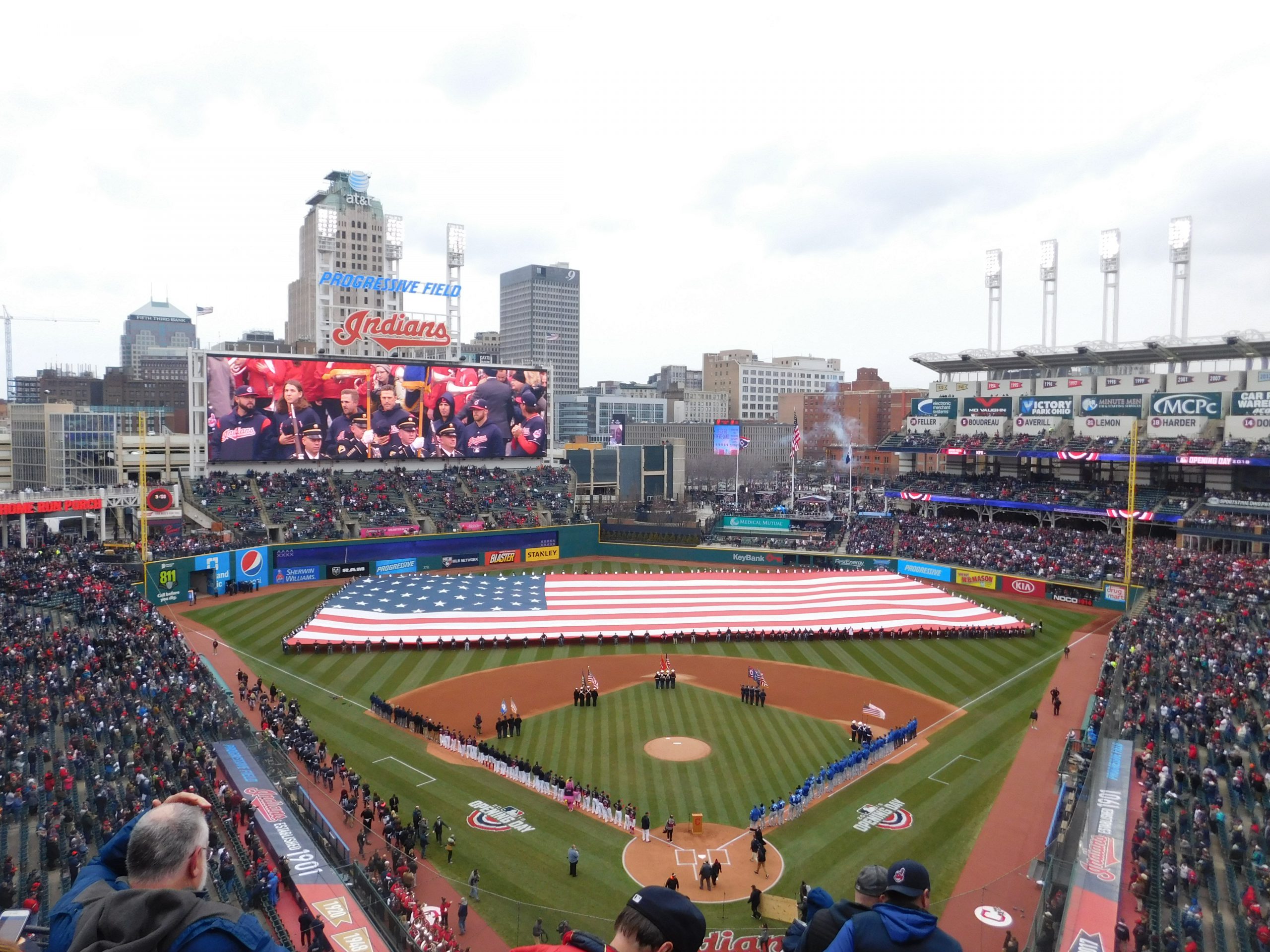 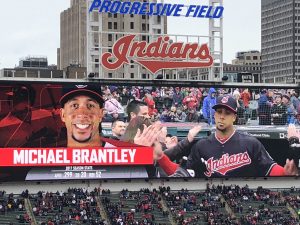 As Yogi Berra once said, “it’s deja vu all over again,” as for the second year in a row a swing by Michael Brantley was the difference maker offensively in the home opener.

The Indians faced an early deficit, falling behind 2-0 in the top of the first inning. Jon Jay scored as Mike Moustakas grounded out, and Lucas Duda plated Whit Merrifield on an RBI single.

But Cleveland responded by getting their first five batters of the game on base. Francisco Lindor and Jason Kipnis both drew walks, allowing Jose Ramirez to record an RBI single. After that, Edwin Encarnacion drew another walk, leading the way for Michael Brantley to come up big with bases loaded and no outs.

Brantley singled on a line drive to right field on the first pitch of his at-bat off of a 93.9 mph two-seam fastball from Kansas City’s Danny Duffy, plating both Kipnis and Ramirez to put the Indians up for good in the bottom of the first inning.

“For myself personally, I’ve had a lot of at-bats against Duffy in the past,” Brantley said about attacking early. “I was trying to get a fastball early and just put a good swing on it. Like I said before, I had some nervous jitters, my first AB of the year. I was excited. He made a great pitch I was able to get just enough of.”

It was just the latest example of Brantley coming in clutch.

“He’s an easy guy to bet on,” Francona said following the game. “I could give you pages and pages of why. He’s the heart and soul of our team. He does everything the way you’re supposed to. If people saw the way he works to get healthy, it would be hard to bet against him or to ever want to bet against him.”