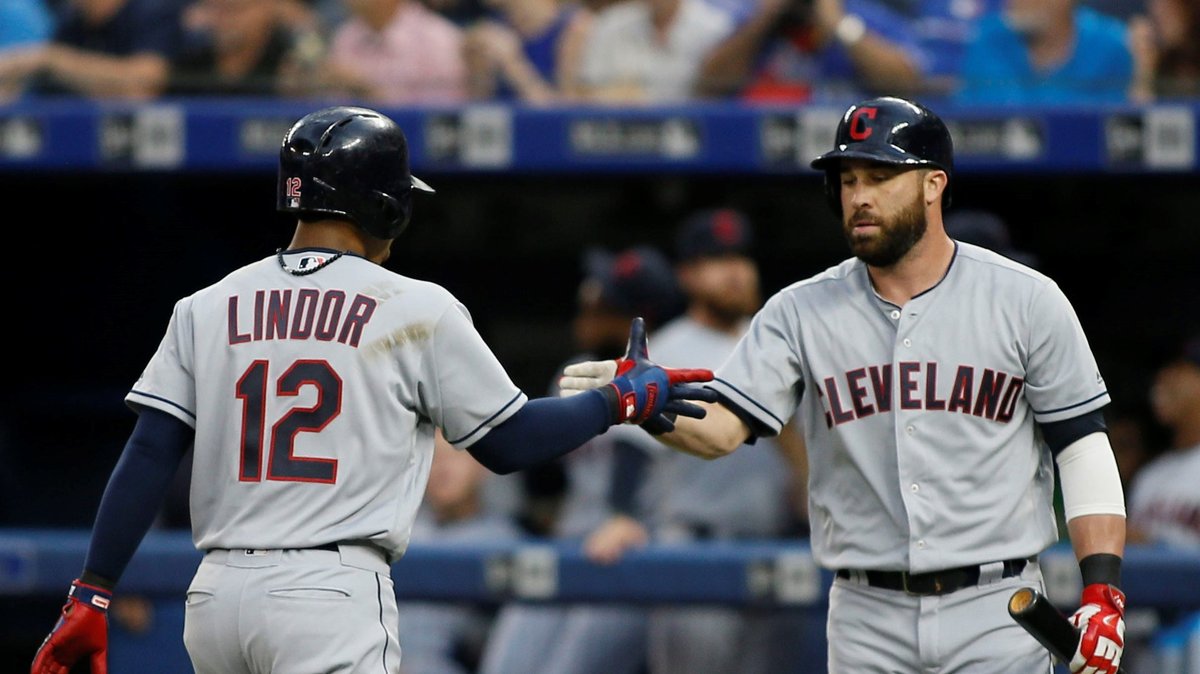 Cleveland-  The Cleveland Indians won their second straight ballgame Thursday night, defeating the visiting Baltimore Orioles 14-7. Cleveland has scored 23 runs over the course of the back to back wins, as Aj Cole (1-1 2.45) earned his first victory of the season.

Baltimore jumped out to an early 5-1 lead, hitting two home-runs off Indians starter Trevor Bauer. The five runs allowed tied a career high in runs allowed for Bauer. While his performance wasn’t anything to celebrate, Bauer did ellipse the 1000 career strikeout mark in the 4th inning. The Indians right-hander is the 54th active pitcher to reach the milestone.

Thursday’s night ball game was not a pitchers duel by any means, as the final score looks more like a Ravens v.s Browns game. The Tribe offense had to rally back multiple times Thursday, until a big seventh inning allowed them to pull away. Jason Kipnis was a big reason Cleveland even had a chance to rally in this one as the second basemen had a career high 6 RBIs.

A 3-run shot by Kipnis in the fourth inning gave the Indians their first lead of the ball game, his second of the ball game. Thursday was the fifth time in his career that he hit multiple home runs, his first in over two years ( May 14, 2017.) Unfortunately the Tribe needed more than Kipnis’s hot bat against the pesky Orioles, as they retook the lead in the next inning.

A number of guys hit the ball well for Baltimore on Thursday, who have now lost seven of their last eight games. Trey Mancini hit his 9th home run of the season en route to a 3 RBI game, matching his season high. After the game Mancini said Thursday ” was not one of our better games overall, probably one of our worst. But gotta find a way to shake it off and comeback tomorrow.”

The Indians and Orioles are set two meet Friday night for game two of the four game weekend series, with Jefry Rodriguez taking the hill for Cleveland. On Thursday, the Indians improve to (23-19) and currently sit four games behind the Minnesota Twins for first in AL Central.