Indians Clobbered in Camden Again by the Orioles; Shutout 13-0 for Second Straight Game 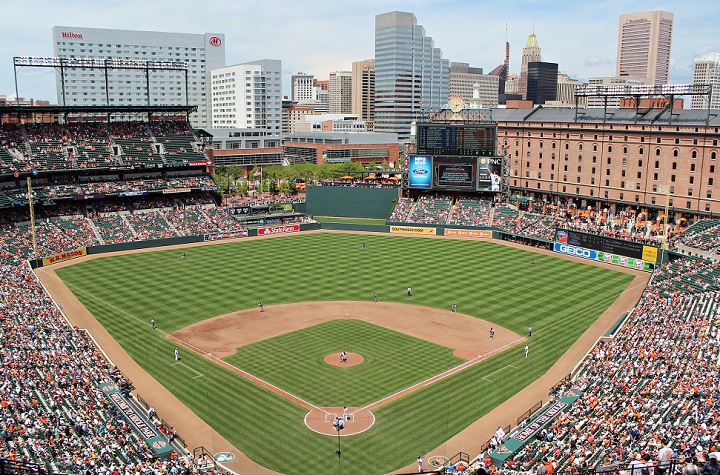 I guess it’s safe to say all those good feelings Indians fans were having after a 5-1 homestand and the fact the team was playing the best baseball in the month of June is over.

For the second straight day the Tribe was flat out embarrassed by the worst team (record wise) in baseball in the Baltimore Orioles, losing again by a final score of 13-0.

Losing games will happen in the Majors, but to lose two games like this when you’re trying to gain ground in the AL Central and also be a part of the wild card mix is unacceptable.

The Orioles entered play with a mark of 23-58, but did little wrong as Andrew Cashner made the Tribe hitters look silly throwing seven innings of three-hit ball.

The Indians will look Sunday to avoid a three-game sweep in Camden, as they will look to score their first run of the series and try to escape with a series finale win.

Here’s a couple takeaways from this debacle.

Indians rookie starter Zach Plesac just didn’t have the command on Saturday and Orioles batters made him pay dearly.

He lasted into the fourth when the O’s put the game away scoring six runs in the inning to turn a 1-0 game into a 7-0 affair.

In the 3.2 innings he pitched he allowed seven runs on seven hits with three walks, four K’s and a pair of homers.

“Today he just really had a tough time, even when he got ahead he either threw it down the middle or allowed them to get back in the count,” Indians manager Terry Francona said.

“Just didn’t throw it close enough to where he needed to, and it cost him.”

If there’s a bright spot for the Orioles in 2019 it’s been the pitching of starter Andrew Cashner, who went seven innings allowing just three hits to earn his 9th win.

Cashner walked one and struck out six, and got ahead in the count and just worked Indians batters all afternoon.

He threw 98 pitches, 64 strikes, and once the O’s got it to 7-0 after the big fourth inning he basically put it in cruise control as the Indians seemed interested more in getting on the bus back to the hotel.

The last two games for this club have been a downright embarrassment, and everyone really should take a long look in the mirror at how this club could lose by a combined 26-0 to a really bad team like Baltimore.

“This game will make you laugh sometimes, it’ll make you shake your head, sometimes it’ll about make you cry. We’ll pick it up tomorrow and see if we can do better.”

That’s all fine and good, and yes a win on Sunday will make things a little better, but how things got so bad after really being so good for just about all the month of June is anyone’s guess.

How bad have the last two days been? Consider that this awful Orioles team is the first in MLB history to post back-to-back shutouts of at least 13-0, according to the Elias Sports Bureau.

And how about the fact the Indians are the first team in MLB history to get shut out by a score of at least 13-0 in back-to-back games.

We’ve seen plenty at times how bad the Indians offense can be, but I’m sure the team and fans felt that we’ve moved past the days of no runs on five hits.

The only good news is they can get right back at it Sunday and get a win to calm everyone down.

Did a Speeding Ticket Turn Around the Season of Indians 2B Jason Kipnis?
The Indians Are Still Facing a Dilemma with Trevor Bauer