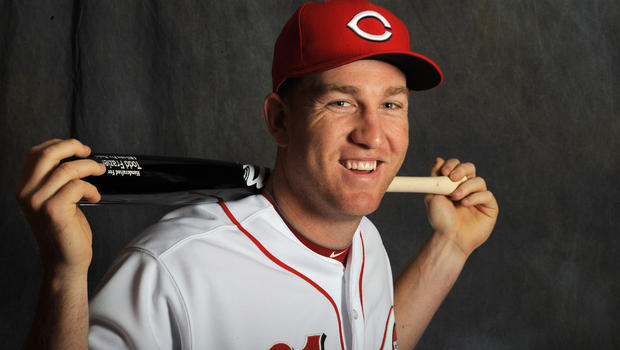 Last week in Nashville it was reported that that the Indians and Reds were in discussions for power-hitting third basemen Todd Frazier, a player that would have made a welcome addition to the Tribe’s lineup.

Now, less than a week later, Frazier is not only not headed to the Indians, he’s headed for one of their AL Central rivals.

The team Frazier is going to is Chicago, to join up with the White Sox, following a three-team deal on Wednesday that included the Los Angeles Dodgers.

The deal involves seven players total, and breaks down as follows: The Reds will get infielders Jose Peraza and Brandon Dixon and outfielder Scott Schebler from the Dodgers, while the White Sox send pitcher Frankie Montas, infielder Micah Johnson and outfielder Trayce Thompson to the Dodgers, with Frazier, the key piece to the deal, heading to the Windy City.

Last season Frazier won the Home Run Derby during the All-Star activities in Cincinnati. For the season, he hit .255 with 35 homers and 89 RBIs, he also was an All-Star with the Reds the last two seasons.

“Todd is one of the finer all around third basemen in the league. He is a high-character, smart baseball player who will provide an impact bat in the middle of our order,” White Sox general manager Rick Hahn said in a statement.

“He solidifies us defensively at third base and provides a great presence in our lineup and in the clubhouse.”

Part of the reason that Frazier is now in Chicago instead of Cleveland is that he’s only under contract for two more seasons, and will likely demand a huge pay raise after the 2017 campaign.

The Indians also were not willing to do a one-for-one deal with the Reds for one of their young starters in Carlos Carrasco or Danny Salazar, both of which they have under contract for the next five seasons.

The White Sox have been very active thus far this offseason, picking up both Frazier and infielder Brett Lawrie via trade, and also signing free agents Alex Avila and Dioner Navarro to help out at catcher.

The Indians Wednesday inked a deal with C/1B Mike Napoli, who can help at a couple positions and is a right-handed bat with some power.