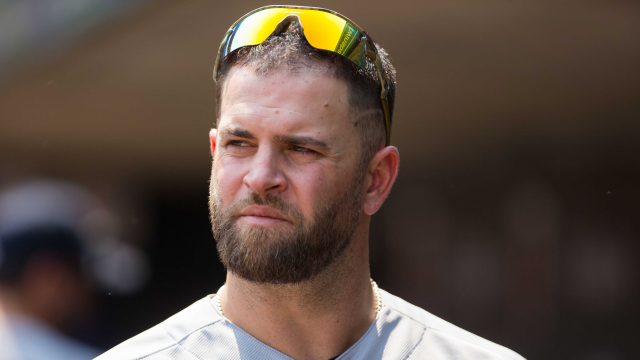 The Indians a week ago looked at a number of players while at the MLB Winter Meetings in Nashville, coming away with just outfielder Joey Butler from the Rays.

Today they are adding another versatile player to the roster as the team has inked catcher/first basemen Mike Napoli.

Last season in 35 games with the Rangers, the righty hit .295 with five homers and 10 RBI, as he was much better than at the start of the season when he was with the Red Sox.

Ken Rosenthal at Fox Sports is reporting that one-year deal is worth $7 million, with $3 million in incentives. He figures to see some time at first base and DH this season, primarily when the Indians are facing left-handed pitchers.