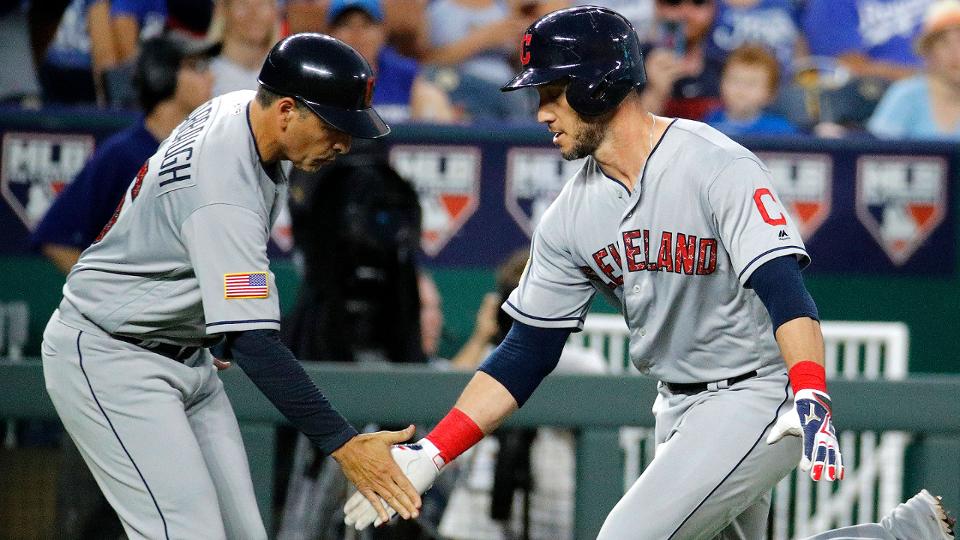 Earlier today, Gomes was asked would he start game one before taking the field for toady’s inter-squad scrimmage.

“Absolutely. It feels like a bad cut on my hand and it’s the outside of my thumb so the ball isn’t going to rub against it.” Gomes said.

The catcher needed stitches to close up a cut on his right thumb which he injured Saturday night in Kansas City. He was attempting to throw out a runner at second base when he hit his hand on Alex Gordon’s bat. He left the game for X-Rays which was negative.

The Indians open up the Division Series against the Astros in Houston at 2:05 p.m. ET