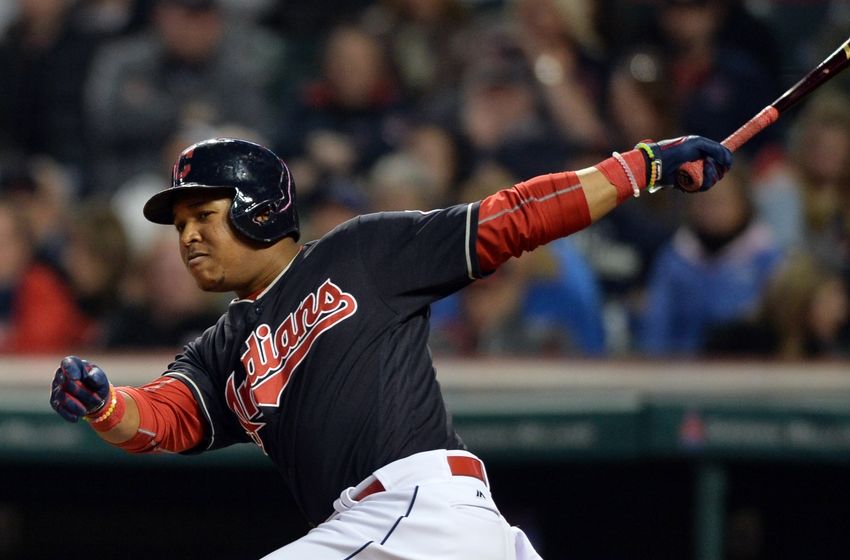 CLEVELAND–  The Detroit Tigers and Cleveland Indians played their second of 3 in this weekend series. The game started after a minor delay of 10 minutes, first pitch was at 4:20 pm EST. Tigers Justin Verlander was set to face off against the Indians Carlos Carrasco , things did not go as expected, as Carrasco was taken out after two pitches into the first inning. The story of this afternoon’s game was the pitching from Verlander and the combined pitching put together by the Indians bullpen. Magic Number drops down to 7 games.

In the second pitch of the game Ian Kinsler hit a line drive right off of Carrasco’s right hand. Carrasco was taken out of the game and Jeff Manship came in on relief. The first batter Manship faced was Cameron Maybin who hit a ground ball to Jason Kipnis that turned into a double play. Miguel Cabrera was up next and doubled but was left out there.

Manship started off the second inning for the Indians but after facing Justin Upton, was removed and Kyle Crockett came on in relief. The Tigers went down 1-2-3 in the 2nd.
For the Indians 2nd inning, Mike Napoli and Jose Ramirez were walked to start off the inning but after CoCo Crisp dropped a sacrifice bunt that advanced the runners to 2nd and 3rd that was all they had to show for.

Crockett was taken out in the 3rd and Cody Anderson came in on relief. Anderson set the Tigers down 1-2-3 in the 3rd.

For the bottom of the 3rd, Roberto Perez started the inning by grounding out to shortstop. Carlos Santana got on base after he was walked and a few batters later Francisco Lindor was walked also. Indians had runners on first and second with Napoli up, but Napoli struck out to end the inning.

In the top of the 4th, Cabrera started off the inning with a single but Victor Martinez hit a one-hopper to Anderson which lead to a double play. J.D Martinez grounded out to Ramirez to end the inning.

In the bottom half of the 4th , the Indians went down 1-2-3 . Tyler Naquin ended the inning by striking out.

Zach McAllister came in on relief in the 5th for Anderson.
The Tigers and Indians both went down in order in the 5th inning.

To start off the sixth, Perci Garner replaced McAllister on the mound. Garner started off the inning by hitting Jose Iglesias. After outs by Kinsler and Maybin, Indians manager Terry Francona , decided to intentionally walk Cabrera after two balls in the dirt. Garner got out of the inning after striking out Victor Martinez.

In the bottom half of the sixth inning, Kipnis got the Indians first hit of the ballgame , hitting a single up the middle , which broke up Verlander’s no hitter. Following the Kipnis hit, the Indians went down in order.

Bryan Shaw came in to start off the 7th inning.  After surrendering a lead-off walk to J.D Martinez, Shaw had Upton fly out to center and struck out the next two batters.

In the Indians half of the 7th, Verlander sent them down 1-2-3 once again.

Cody Allen came in on relief for Shaw to start off the 8th inning.  Allen sent the Tigers down 1-2-3 in the 8th.

Alex Wilson came in on relief for Verlander to start the 8th inning. Verlander pitched 7 innings, gave up 1 hit, had 4 walks, and struck out 7.
Wilson started the inning by striking out Perez but the next batter Santana, he walked. Kipnis hit a ground rule double to right field that advanced Santana over to third with one out. Lindor and Napoli struck out in consecutive at-bats to end the inning.

Andrew Miller came in for the 9th inning. Miller started off the inning by striking out Cabrera. Victor Martinez hit a ground ball to Napoli, J.D Martinez hit a single but the inning ended when Upton flew out to right field.

Bruce Rondon came in for the Wilson in the 9th.  Ramirez started the inning flying out to left, CoCo flew out to center. Naquin singled with two outs in the 9th. Rajai Davis pinch ran for Naquin. Davis stole second base and once first base was open the Tigers decided to intentionally walk Abraham Almonte. Justin Wilson came on to face Lonnie Chisenhall who was originally pinch hitting for Perez but once Detroit decided to go with their left, Brandon Guyer came on to pinch hit for Chisenhall. Guyer was down 0-2 in the count and the Indians had a double steal with Davis and Almonte. Guyer grounded out to Andrew Romine to end the inning.

Miller came on for the 10th inning. Casey McGehee pinch hit for Jarrod Saltalamacchia but was struck out by Miller. James McCann pinch hit for Romine and also struck out. Miller got Iglesias to hit a grounder straight back to him to end the inning.

In the bottom of the 10th, Santana started things off when he was walked after 4 consecutive balls. Kipnis laid down a bunt but McCann threw to 2nd to get the lead runner. Kipnis moved up to second following a wild pitch from Justin Wilson. Kipnis stole 3rd base. Lindor drew a walk leaving the runners at the corners for Napoli. The Tigers elected to intentionally walk Napoli, leaving the bases loaded for Ramirez with 1 out.

Ramirez hit a walk off single to win the game.