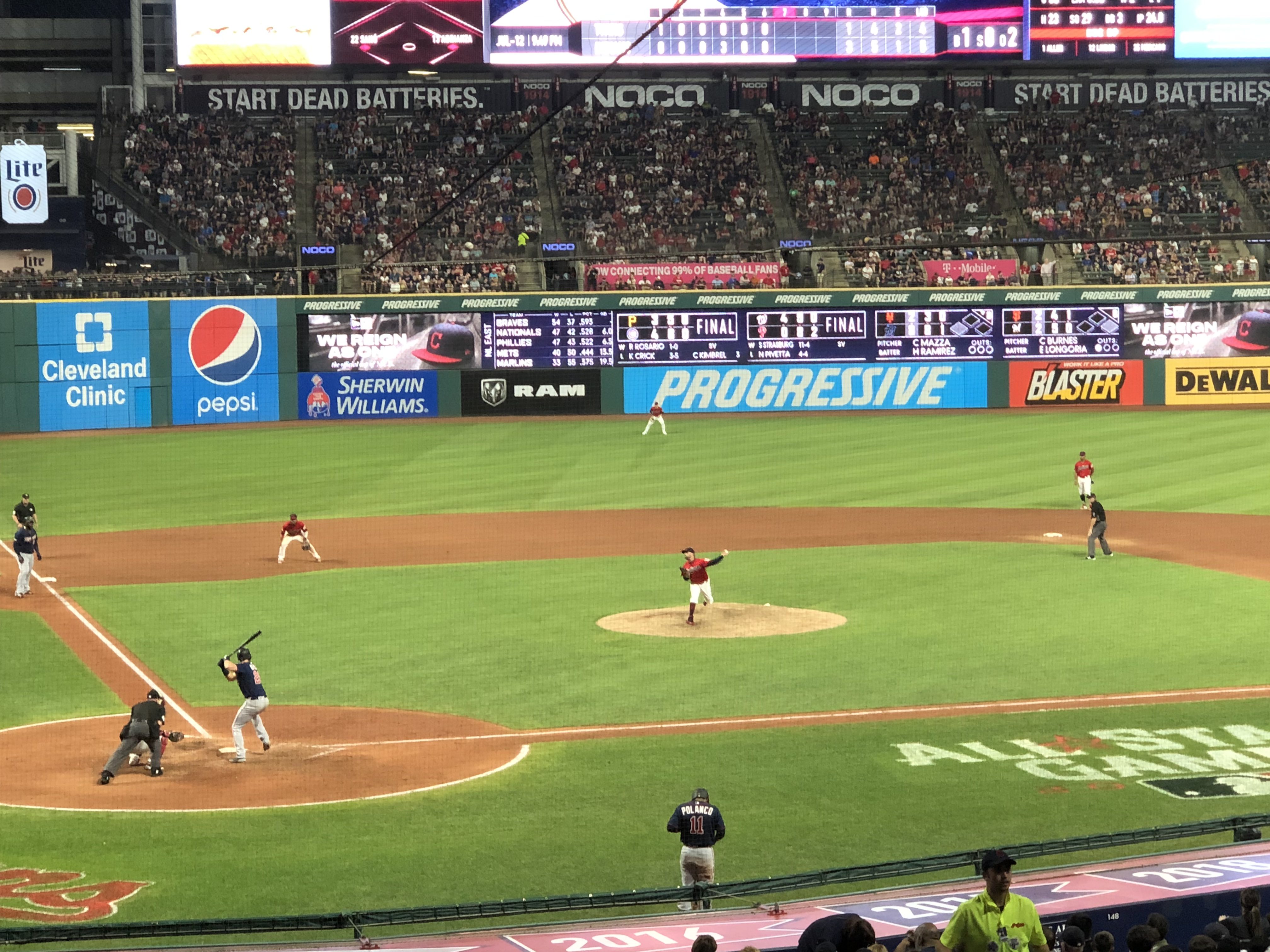 CLEVELAND – Giving a good team in the Majors extra outs is usually a recipe for disaster.

The Indians learned that the hard way Friday night.

In game one of a critical three-game art against the team they are chasing in the AL Central the Minnesota Twins, a major gaffe by reliever Nick Goody gave the Twins an extra out, and by the time it was over a 3-1 Indians lead was tuned into a 4-3 Twins advantage.

The offense had one inning of success in which they scored three off Twins starter Kyle Gibson, but Minnesota’s relievers shut out the Tribe the rest of the way:

The lead is now back to 6.5, and they have to face now two Twins All-Star pitchers the next two games.

Here’s some takeaways from Friday’s 5-3 setback at Progressive Field.

With one out in the 7th Miguel Sano grounded out to Goody, who did the hard part in making the play.

Then as he was looking to make the transition of the ball from his glove to his hand, the ball squirted out, allowing Sano to reach first on an error.

The mistake was huge, as four batters later Jorge Polanco doubled off Oliver Perez, a double that if played perfectly by Oscar Mercado could have been an out in center field.

Instead it was the two key plays of the game, and the Twins went on for the win.

Goody didn’t get much love on Twitter after the mistake that gave Twins an extra out.

That’s what happens when I start believing again. Nick Goody just comes in and destroys that hope.

2. A Mostly Quiet Night on Offense

The Indians scored three runs off Kyle Gibson in the fourth when Carlos Santana homered to make it a 1-1 game, and then Roberto Perez singled with two outs to make it a 3-1 Tribe lead.

That was it for the offense, as they never did much after that, going in order in the 5th, 7th and 9th against the Twins pen.

Roco Baldelli pulled Gibson early, which forced his pen to step up, and on this night they did a great job, not allowing a run over last five innings.

3. Did Tito Pull Clevinger Too Early?

A big question in this first against second place battle was if manager Terry Francona pulled Tribe starter Mike Clevinger too early?

Clev went five innings, and was throwing well, allowing a run on just four hits with two walk, six K’s and one homer which came in the first to Nelson Cruz.

He was pulled after giving up one of his two walks, a lead-off walk to Jorge Polanco to start the inning. Adam Cimber came in and got the the team out of the inning with no damage.

Clevinger had thrown 92 pitches when he was pulled, 56 of which were strikes. How long he could have gone is anyone’s guess, but a lot of fans were wondering if he could have went longer and that he deserved to keep going.

Indians Begin Second Half with Huge Homestand; Starts with the First-Place Twins
Bradley Hit First MLB Homer, Not Enough as the Indians Fall to the Twins 6-2