Hudson Steps Up, Leads BW to 52-24 Win Over Marietta 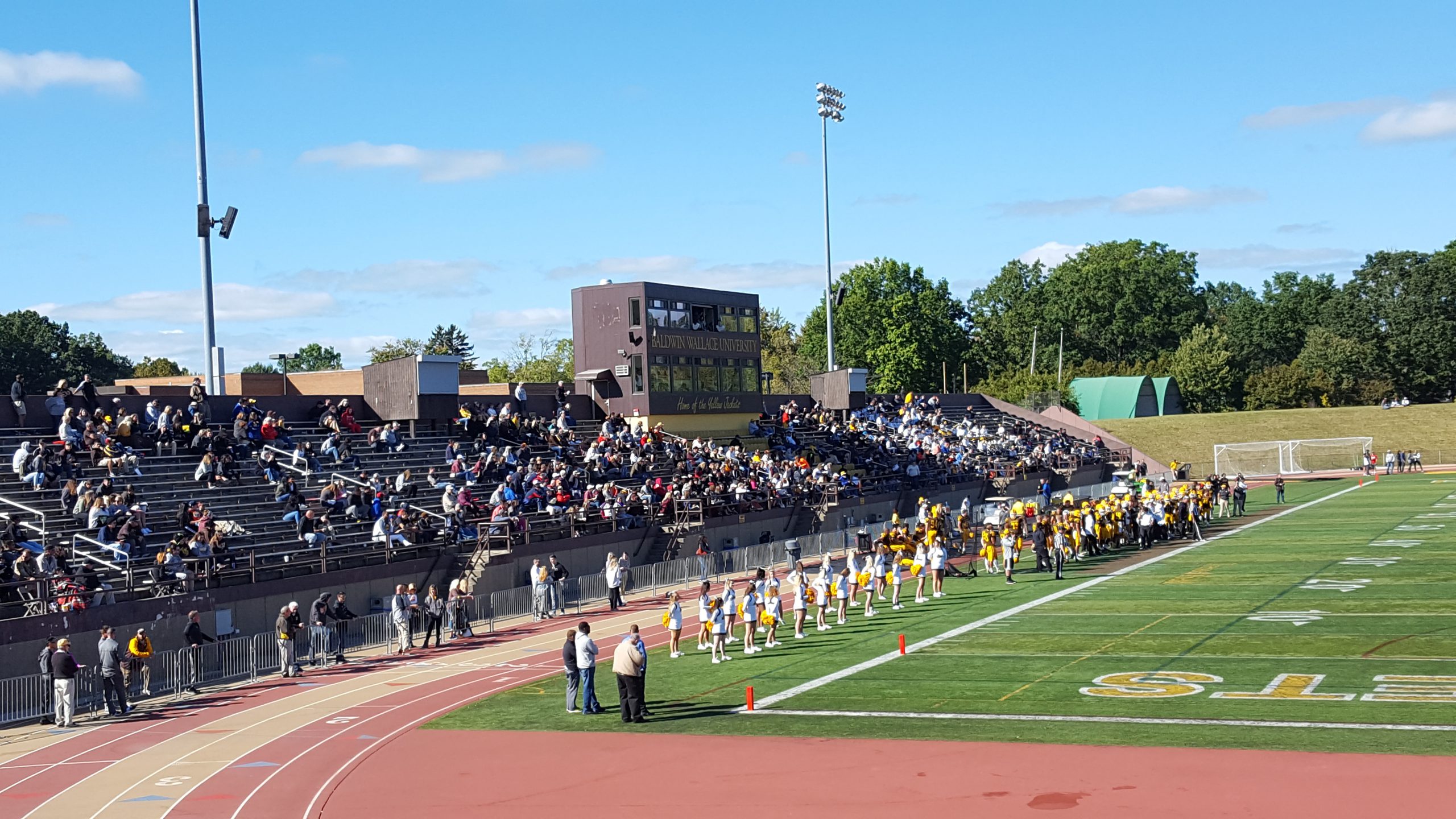 BEREA, OHIO–  It was a big day for Jake Hudson and the Baldwin Wallace University Yellow Jackets. BW secured its first OAC win of the year against Marietta, by a final score of 52-24.

BW had 572 yards of total offense, and seven total touchdowns. Leading the way was quarter back Jake Hudson, who stuffed the stat sheet all day. Hudson threw for 260 yards and five touchdowns. As if that wasn’t enough, Hudson also led the team in rushing, running for 107 yards on 11 attempts.

Wide receiver Chad Steinwachs also had himself a day, racking up 65 receiving yards and pulling down three TDs. Nothing was stopping the swarm of the Yellow Jackets.

The Yellow Jacket offense was moving from the first snap, stringing together two long drives that unfortunately ended in turnovers. BW finally finished off a drive early in the second quarter, capped off by a 15-yard rushing touchdown from freshman standout TyQuan McCray.

This gave BW a 7-3 lead, until Marietta responded with a big 32-yard run of their own to go up by three. Marietta then tried surprising the Jackets with an onside kick, but failed and gave BW prime field position. This set up an eventual 29-yard field goal from freshman kicker Brandon Vollmer.

Marietta proceeded to try and run out the clock before halftime, but BW was not done.

With just 49 seconds left in the half, Jake Hudson needed just two passes to go 66 yards and connect with receiver Chad Steinwachs for a touchdown. BW lead at the half, 17-10.

From there on out, it was the Jake Hudson show.

Hudson rattled off three TD’s through the air in the third quarter. Steinwachs found himself on the receiving end of two of those, bringing his total for the day up to three touchdowns.

TyQuan McCray also notched his second score of the day, punching the ball in at the start of the fourth.

It was not until mid-fourth quarter that Marietta was finally able to answer with a 21-yard TD pass, but by then the damage had already been done. Baldwin Wallace took care of business, and beat the Pioneers by 28.

This game was exactly what BW needed to right the ship. The Jackets played two nationally ranked teams to open the OAC season, making things tough right out of the gate. Now with solid OAC win under their belts, BW will look to finish out the season strong.

Jake Hudson and the weapons around him all had a game to be proud of, and should have a new sense of confidence moving forward.

Next week, BW will stay at home and take on the Wilmington College Quakers on Oct. 7. It will be homecoming week for the Yellow Jackets, which always draws an energized crowd. Game time is 2:00 p.m.