Blue Streaks dominate in the trenches, tally 7 rushing touchdowns in 72-14 thrashing of Wilmington 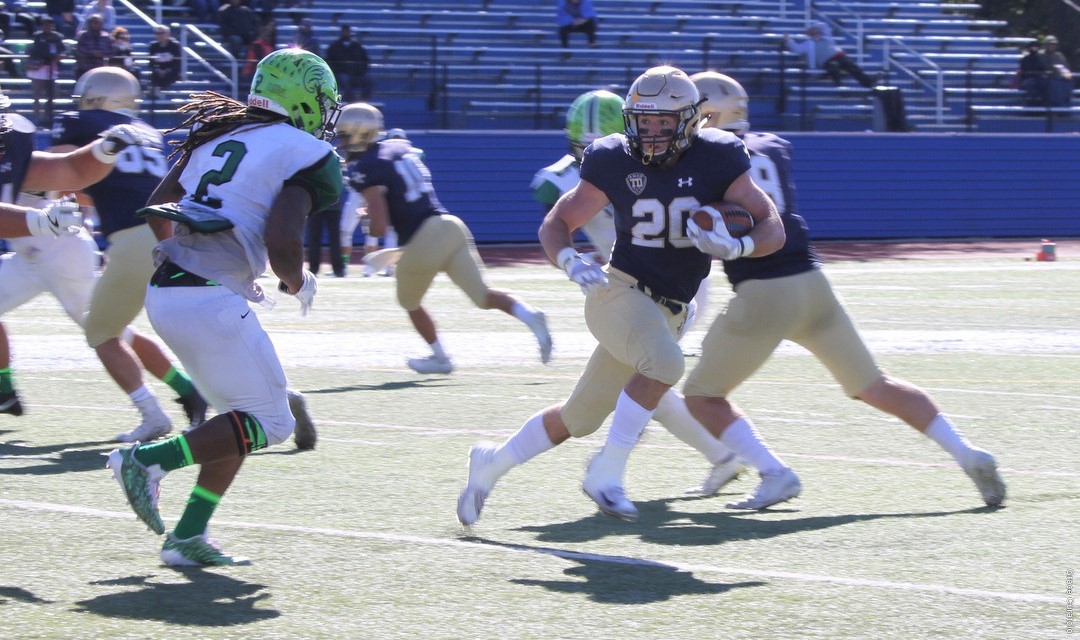 First-year head coach Rick Finotti and the Blue Streaks evened their record at 2-2 after eclipsing the 600-yard plateau in a 72-14 rout of Wilmington College at Don Shula Stadium.

The rushing unit comprised of Ro Golphin, Sam Kukura, Antwain Hamilton, Michael Canganelli and Stan Elad II combined for seven scores on the ground, while Anthony Moeglin completed 20-of-27 (74%) passes for 248 yards and a six-yard touchdown pass to William Woods.

Tyshawn Jones and Tyler Moran teamed together for two interceptions, the former of which was a 21-yard pick-six.

Kukura and Elad II bulldozed their way past the goal line for a pair of one-yard touchdowns in the first quarter before Hamilton and Golphin dashed toward the pylon in the second period, giving JCU a 42-14 advantage at the intermission.

With the one-sided affair staying true to form, Finotti dug deeper into his backfield corps throughout the second half.

Golphin returned the scoring column on an elusive 19-yard run before Canganelli – who made his collegiate debut – ripped off 41 and 29-yard rushing touchdowns against a demoralized defensive front.

Brian Kornowski caught eight passes for 89 yards to spearhead the roster through the air.

Stalnaker only punted once courtesy of the relentless defense and tenacious offense.

The Blue Streaks take on the Marietta Pioneers next Saturday at 1:30 p.m. from Don Drumm Stadium.

Hudson Steps Up, Leads BW to 52-24 Win Over Marietta
Terriers High Scoring Bout Ends with a Loss to the Gators