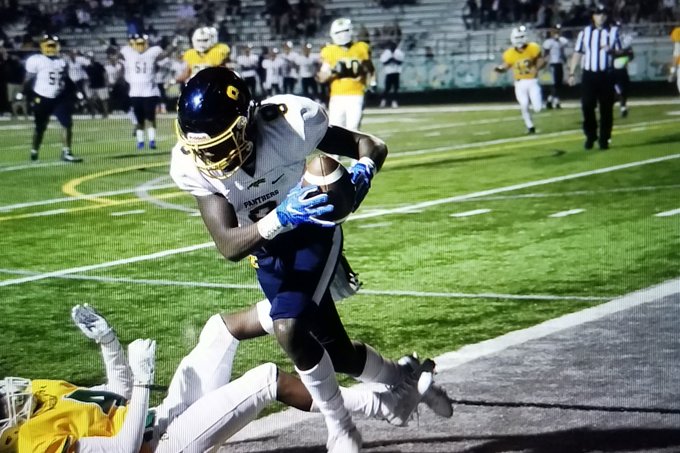 Both teams with high hopes this season, and different starts to their season, will face off in Cleveland Heights Stadium in Week 3.

The Euclid Panthers (1-1, 1-1 in Greater Cleveland Conference) will go on the road to face Cleveland Heights Tigers (1-0, 1-0 in Lake Erie League).

Euclid started off the season with a 14-7 win over Brunswick before losing to Mentor 27-12 in Week 2.

The Panthers scored first against Mentor, but then conceded 27 unanswered points until Euclid found the endzone in the third quarter.

Mentor’s linebacker Evan Boyd said after the game that the goal was to keep hitting Euclid to tire them out because they have players playing both ways.

Their offense has not been looking the brightest in the past two weeks. They totaled 17 points in two games. But it doesn’t mean they don’t have playmakers on that end.

Quarterback Malachi Davis has proven to put up points with three passing touchdowns on the season. Two of the three touchdown passes have been thrown to wide receiver Armond Scott.

To be fair, Mentor has been consistently one of the best teams in the state for years as the reigning three-time GCC champions. (21-1 in GCC)

Hosting the game is the Cleveland Heights Tigers, who had to fight to get their season underway by parents of their players petitioning to have a Tigers’ season.

They did not have a Week 1 opponent, but got a win against Maple Heights, who gave them a run for their money in the first half as the Tigers led 21-20. Cleveland Heights outscored Maple Heights 20-6 in the second half to come away with the 41-26 win.

After the win, Tigers’ coach Mac Stephens said it took a little bit to get the defense going. When the pass rush got into rhythm, the defensive backs were able to play well off the quarterback’s pressure, forcing two interceptions

The question for Cleveland Heights is whether or not the slow start was a case of the jitters, or something that can recur, making the first quarter something to watch for in their game against Euclid.

Offensively, they have effective playmakers. Most notably DarSean Even, who had two touchdown receptions and a 75-yard kickoff return for a touchdown against Maple Heights.

The Tigers had 237 rushing yards against Maple Heights. (5.6 yards per carry)

The Tigers’ first game of the 2020 season was broadcasted on their YouTube page (CH-UH Schools). It is not known if they will be broadcasting this game.

Vote for the Week Two 2020 NEOSI High School Football Player of the Week
HS Football: Aurora Piles Up the Points, Run Past Tallmadge 62-28