HS Football: Aurora Piles Up the Points, Run Past Tallmadge 62-28 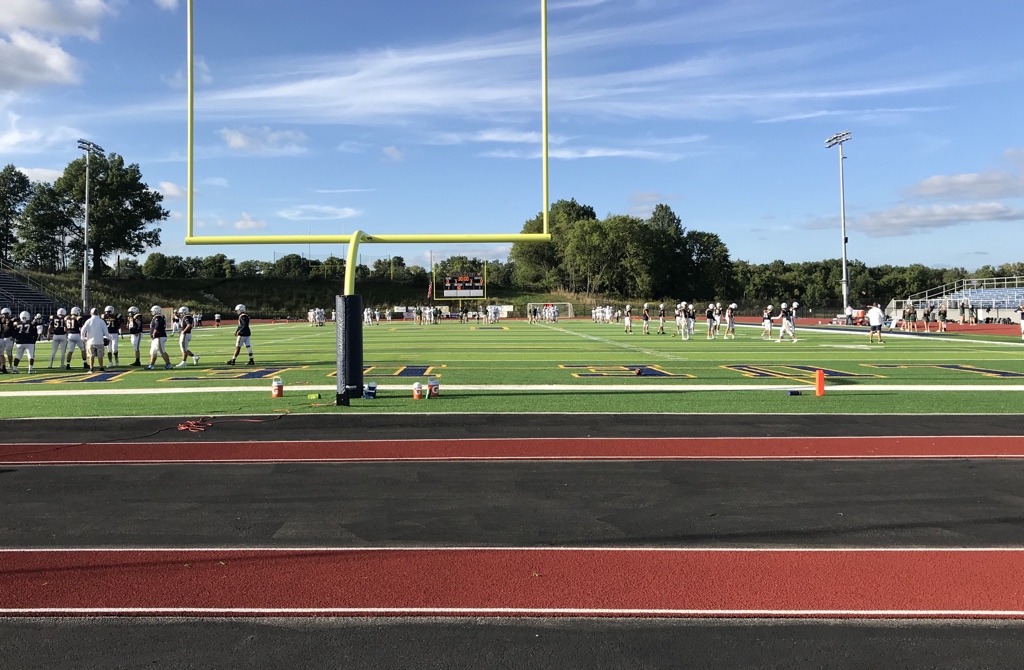 Tallmadge took an early lead when sophomore linebacker Collin Dixon grabbed a tipped ball and raced 44 yards to the end zone with 7:41 to play in the opening quarter.

Aurora came right back, going 56 yards in three plays with junior quarterback Alex Moore picking up the final 5 yards on a keeper. The big play on the drive was a 46-yard pass play from Moore to junior wideout Ryan Weber. A two-point conversion attempt was foiled by another Dixon interception.

Tallmadge responded with their best drive of the game, going 80 yards in ten plays and scoring on a nifty 30-yard pass play from junior quarterback Ty Hederson to sophomore receiver Seth Yacobucci with 11:11 remaining in the first half. The conversion kick by senior Reece Parry gave the lead back to the Blue Devils at 14-13.

Aurora then mounted a long drive of their own: 67 yards in 12 plays, with junior Jacob Matousek covering the final ten yards, taking a pitch and racing around right end for the score.

The Greenmen came up with two additional touchdowns before halftime, aided by a Tallmadge fumble that gave Aurora the ball on the Tallmadge one-yard line with just over a minute to play in the first half. The resulting 35-14 lead proved to be too much for the Blue Devils to overcome.

Both teams lit up the scoreboard with a combined six touchdowns in the second half, but the outcome was never really in doubt.

Aurora looked to be running out the clock after taking over on downs at their own 11-yard line with 3:09 to play in the fourth quarter. But sophomore quarterback Matt Geier snuck around the left end and scooted 89 yards untouched down the left sideline for the final points of the game.