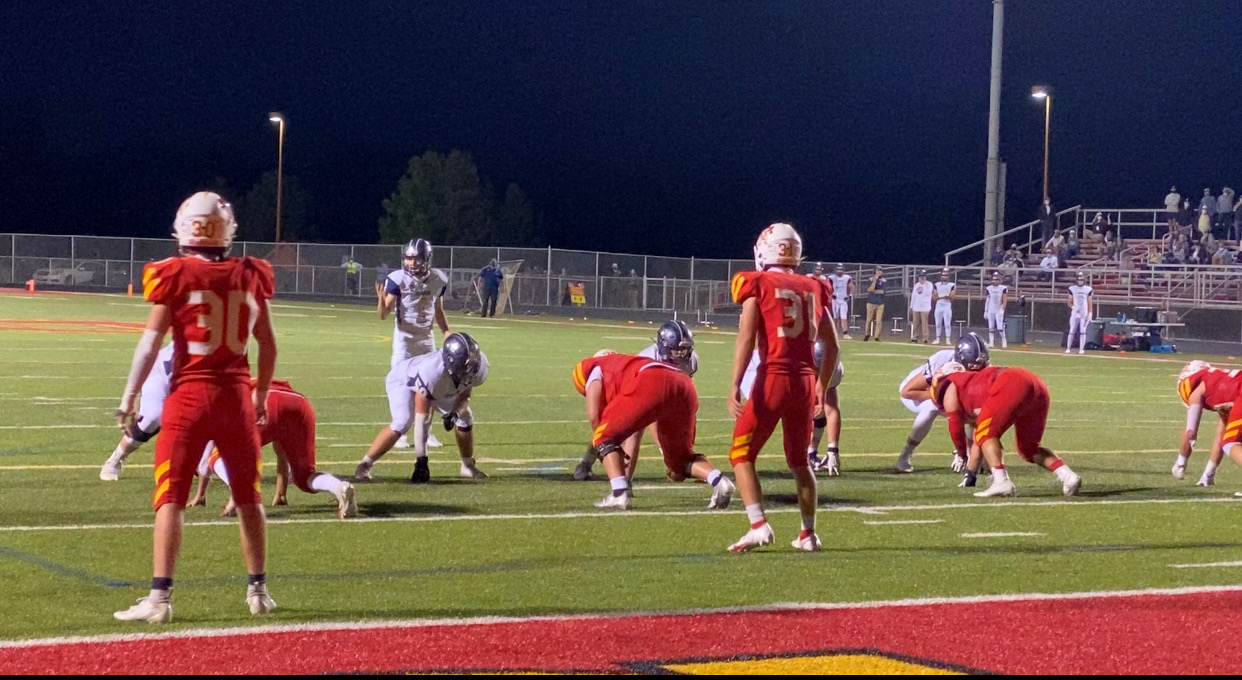 BROADVIEW HEIGHTS, OHIO – Hudson traveled to Brecksville-Broadview Stadium on Friday night with one goal in mind; win at all costs.

That goal was accomplished on high effort defense down the stretch and consistent offense throughout the game.

Jacob Paltani, a senior dual threat quarterback, started the scoring off with a 66-yard touchdown pass to the speedy Colin Pierce.

This game was a back and forth effort for most of the night, as Brecksville running back Garrett Kubitz fought for a 5-yard touchdown to make the score 7-7 heading into the second quarter.

Both teams would once again exchange touchdowns in the second quarter before a 30-yard field goal and a late goal line stand gave Hudson a 17-14 halftime advantage.

Paltani and the Hudson offense continued to compile scoring drive after scoring drive, making it hard for Joe Labas and the Brecksville offense to mount any sort of comeback.

The first drive of the half took just over three minutes, capped off by a short touchdown pass from Paltani to Luke McLaughlin to make the score 24-14.

Both teams exchanged touchdowns once again before the fourth quarter. Brecksville scored on the second touchdown carry of the night by Kunitz, followed by an 18-yard touchdown pass from Paltani to Vincent Matolka.

The Brecksville offense continued to fight, however Hudson was laying it all on the line to try and seal this victory.

A diving pass breakup on fourth down by Jackson Thomas seemed to be one of the deciding plays, as Hudson stopped an impressive drive backed up against their own end zone.

Huge pass break up on 4th down gives Hudson the ball back with 11:00 in regulation. Hudson leads 31-21. pic.twitter.com/igyRzrVimJ

Brecksville cut the lead to 31-28 with 5:30 remaining on a short touchdown pass from Labas to Luke Buckley.

That’s as close as the Bees would get.

A game sealing drive for Hudson ended with a touchdown by Aiden Lal with 1:44 in regulation, making the final score 38-28 in favor of the Explorers.

Drew Lightner was a force in this game for Hudson, picking up a touchdown on offense and seemingly endless amounts of tackles.

Even though Lightner and Paltani were two of the most impactful players on the field Friday night, it was truly an all around effort for the Explorers.

All five touchdowns were scored by different players, as Paltani did a great job getting everyone involved.

For Brecksville, the Labas-Jonozzo connection wasn’t strong. Labas definitely looked like the prototypical Big 10 quarterback, but it just wasn’t enough to upend this Hudson unit.

Brecksville drops to 1-1, but they’ll have an opportunity to bounce back next Friday against North Royalton (0-2).

Hudson improves to 2-0, as they will look to continue their impressive start when they host Barberton (0-2) next week.