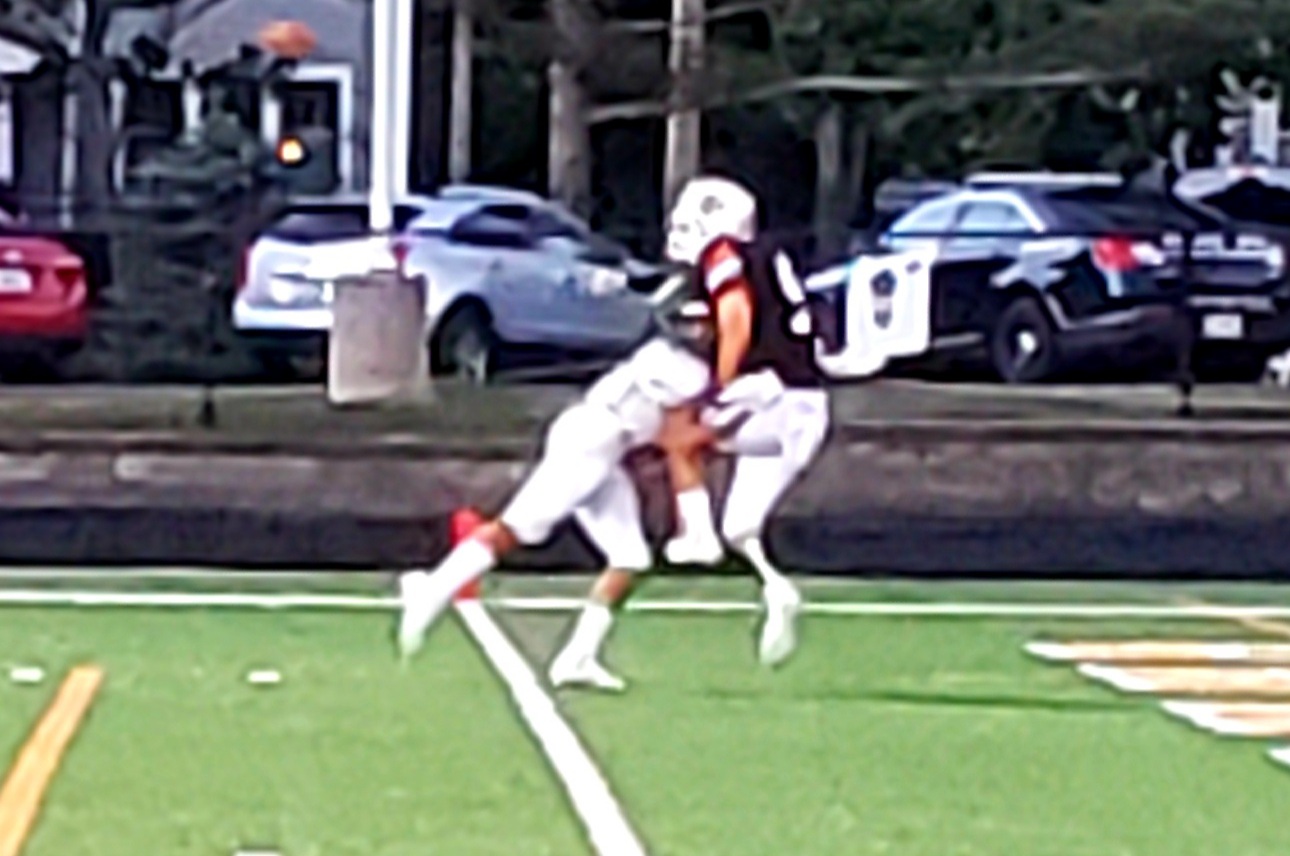 CHAGRIN FALLS, OHIO – Tigers head coach Mark Iammarino had to be happy with his defense on Friday night. They forced three turnovers, including a 79 yard pick-six by senior defensive back Will Tropp, on the way to a 28-7 win over the Dragons.

Chagrin Falls got the scoring underway on a Cam O’Connor four-yard touchdown scamper with 8:08 left in the first quarter. Andrew Kirkpatrick added the extra point and the Tigers led 7 – 0.

Lakeside came right back and tied the score on a 2 yard touchdown run by sophomore running back J’Shon Sanders. After the extra point, it looked like a see-saw battle might be on the menu.

After forcing a Tigers punt, Lakeside was moving the ball and appeared poised to take the lead. Tropp, however, had other ideas, stepping in front of an errant pass from junior quarterback Garrette Siebeneck and speeding down the sideline for the 79 yard touchdown return and a 14 – 7 Chagrin Falls lead. Lakeside would never recover.

Though the score was just 14 – 7 at halftime, the Dragons were unable to mount another serious scoring threat and Iammarino’s squad would cruise to the 28 – 7 win.

After both defenses turned in stalled drive after stalled drive for most of the third quarter, sophomore running back Donny Hardy would add to the Tigers’ lead on a touchdown run from 32 yards out with 5:26 remaining.

Hardy would close out the scoring for the night for Chagrin Falls with another touchdown run, this one going for 22 yards, with 7:27 remaining in the contest.

Chagrin Falls was paced on the ground by the duo of Cam O’Connor and Donny Hardy. O’Connor ran the ball 17 times, picking up 88 yards and the one touchdown. Hardy carried 12 times for 68 yards and his two scores.

Defensively, the Tigers were led by seniors Dawson Pierce and Will Tropp. Tropp picked off two passes in the game, including the one he returned for a score. Pierce, who starts at quarterback and inside linebacker, had 8 total stops, including 4 solo tackles with 1 going for a loss.

Chagrin Falls moves to 2-0 on the season and will take on Villa Angela-St. Joseph in a non-conference tilt next Friday.

Lakeside falls to 0-2 on the season. They are also at home next Friday, taking on Harvey in a conference matchup.

Kickoff for both games is scheduled for 7:00 pm.