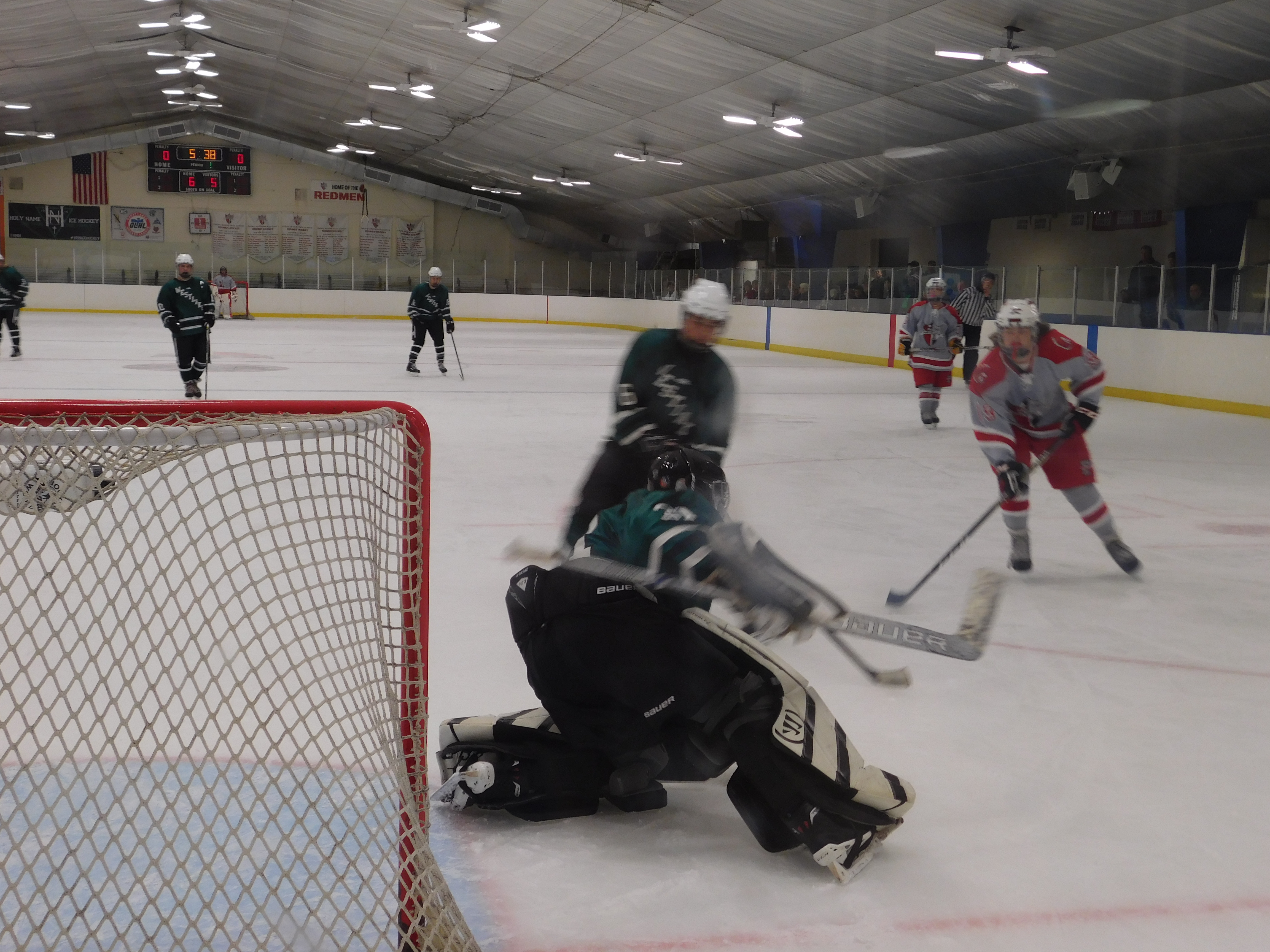 PARMA, Ohio- The Parma Redmen and Westlake Demons took the ice at Ries Arena for a GCHSHL game on Tuesday night. The Redmen were 4-4 heading into the matchup and looked to build on the success they had last year in the Baron Cup II Tournament in which they fell to Olmsted Falls in the Quarterfinals. Westlake, on the other hand, failed to qualify for Baron Cup postseason play.

Parma showed their muscles early on in this contest, outshooting Westlake by a tally of 18-7. Matt Higginbotham got the Redmen on the board at the 9:54 mark of the opening frame, going right through the five-hole of Demons’ goaltender Max Novak. Parma added another marker off of the stick of at the 12:35 mark of the first period and went into the break with a 2-0 advantage.

The Redmen continued the onslaught into the middle stanza, unleashing for five goals in the frame. Higginbotham had four of the Redmen’s goals in the second period to make his total for the day five at that point. Robert Takacs added another goal at the 12:03 mark of the period, his second of the game. Higginbotham and Takacs accounted for all seven of Parma’s goals in the first thirty minutes of action, an insane output by the two underclassmen. Westlake’s lone goal was put into the back of the net by Sam Mansour at the 8:50 mark to avoid a shutout. The two teams went into the break with Parma leading the Demons, 7-2.

The Redmen would finish off a strong showing against Westlake with a victory, defeating the Demons by a final score of 10-2. Parma moves to 1-0 in GCHSHL play and Westlake drops to 0-3 in league competition.

Click the Pages Below to See More Pictures From the Game between Parma and Westlake!