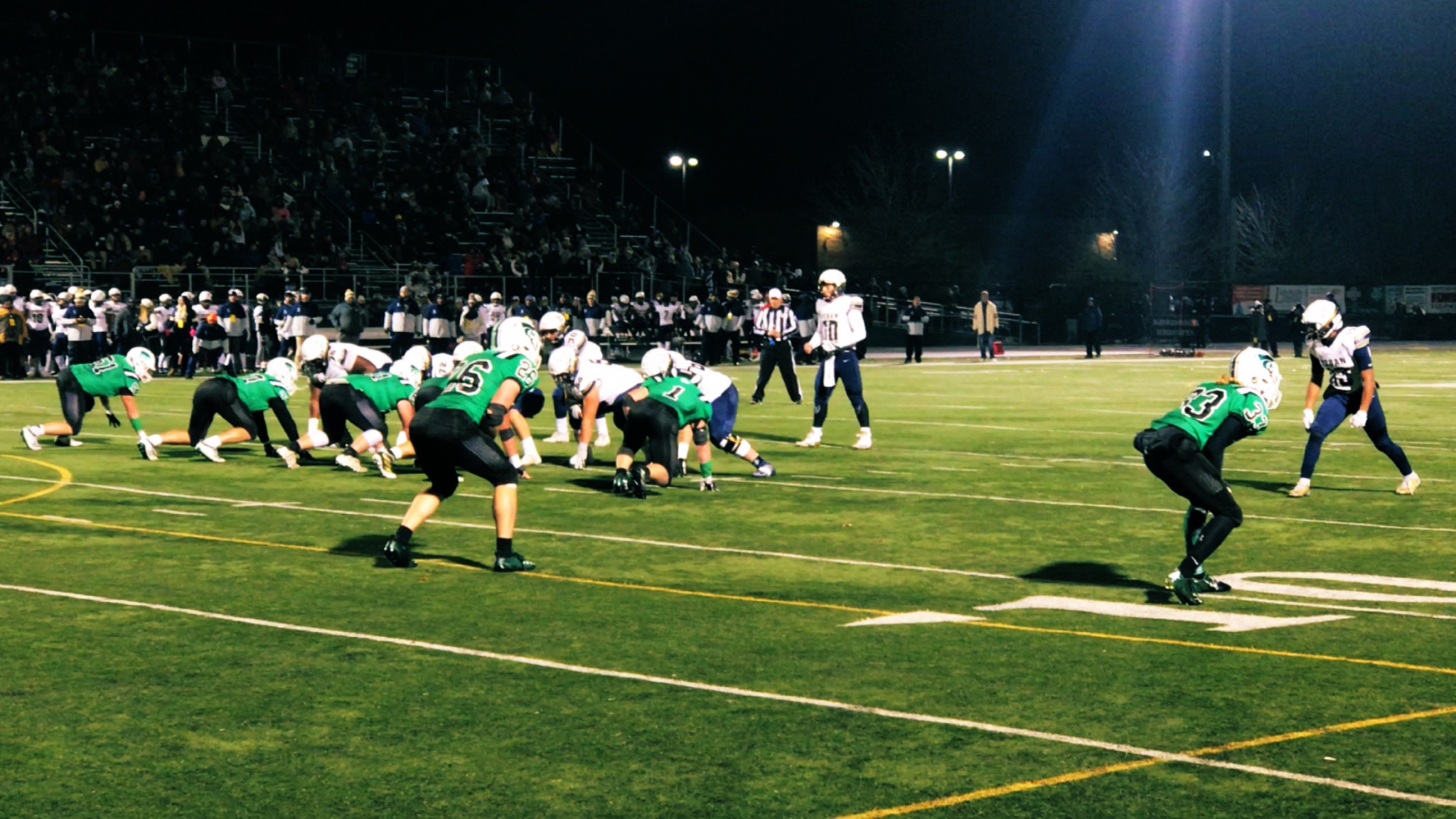 MACEDONIA, OHIO – With two of their top playmakers out with injuries, the Archbishop Hoban Knights needed a little bit of November magic from junior quarterback Shane Hamm.

Hamm (13-24, 183 Yards) delivered with an unbelievable, season saving touchdown pass in the closing stages to advance to the Regional Final.

Both defenses were strong for most of the opening half, not allowing much momentum to build on either side.

Hoban found themselves trailing at halftime for the first time this season, as a chip shot field goal gave Mayfield a 3-0 edge heading into halftime.

Through 24 minutes, it was apparent that the Knights were missing Power Five commits DeaMonte Trayanum and commit Caden Clark.

However, they were able to get over the hump, as the second half started out rough for Mayfield. A lost fumble and a couple of punts would result in two rushing touchdowns by Hamm, putting Hoban on top 14-3 in the third quarter.

Mayfield would claw right back, as Michael Huss (18-35, 250 Yards, 2 TD) connected with Joe Dostal on a touchdown to pull Mayfield within a possession.

Huss would then hit Billy Guzzo to cut the Hoban lead down to 14-11.

Then, mayhem would begin.

Just one play after a monumental goal line stand, Ben Sherlock (7 Receptions, 139 Yards) would beat the coverage for an 80-yard touchdown catch and run to make the score 17-14.

Despite the furious comeback by the opposition, Hamm and the rest of his offense would take the lead back in the final minute.

On fourth down and long, with the season hanging in the balance, Hamm patiently danced around the pocket before threading the needle for a game winning 15-yard touchdown strike to Kharion Davis.

Davis would intercept a desperation pass to cap off his impressive quarter, as the defending state champions held on for the victory.