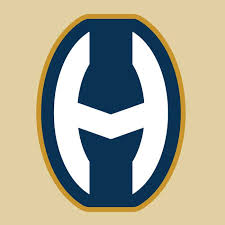 The top-seeded Archbishop Hoban Knights cruised past the Hudson Explorers, 58-41, in a sectional final on Saturday, March 4.

The Knights jumped out to a 33-21 lead at halftime, led by 17 first half points from junior guard Collen Gurley.

Hudson could not overcome Hoban’s fast start and the Knights were never really threatened in the second half, maintaining a comfortable advantage all the way to the finish line.

Spencer McClure was one of the bright spots for Hudson on an otherwise rough night, as the senior scored a team-high 20 points.

Gurley finished with a game-high 22 point and 11 rebounds.

The Knights improve to 21-2 on the season and travel to Copley High School for a district semifinal match against third-seeded Brunswick on Wednesday, March 8. Tip-off is set for 7 pm.