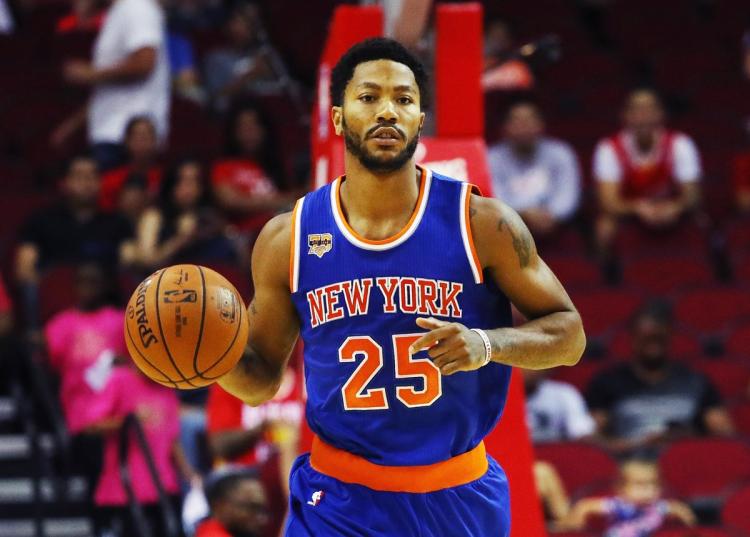 The news broke heavy on Thursday that the Cavaliers and free agent Derrick Rose were in serious chats about the guard coming to Cleveland on a one-year deal.

Today, the two sides will meet face-to-face as Rose will be in town to meet with the Cavs front office about the possibility of coming aboard with a deal.

According to the Akron Beacon Journal, the 28-year-old is willing to play for the veteran minimum deal of $2.1 million if he can come to a contender, and despite an offseason filled with drama, the Cavs are still very much a contender and the odds on favorite to be back in the NBA Finals next June out of the East.

Last season Rose played in New York with the Knicks after being traded by the Chicago Bulls last Summer, and averaged 18 points, 3.8 rebounds and 4.4 assists in 64 games.

Rose met with the Los Angeles Lakers on Friday, but as the report states, he’s leaning towards joining the Cavs due to them being much closer to winning another NBA Title than the Lakers, who are rebuilding with rookie Lonzo Ball.

The need to sign Rose might be even more pressing for the Cavs after the rather stunning news on Friday that guard Kyrie Irving wants a trade out of Cleveland.