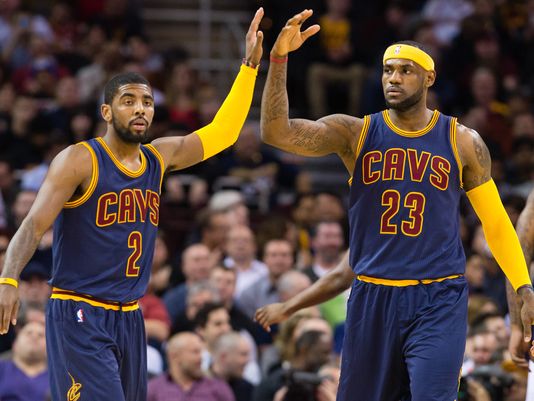 Irving has requested a trade and has said that he would like to go to the San Antonio Spurs, New York Knicks, Miami Heat, and Minnesota Timberwolves.

The news of Kyrie wanting out of Cleveland was kept quiet for some time before Friday and now people are wondering why news did come out.

Stephen A. Smith on ESPN said the following:

“According to my sources, they believe LeBron James had everything to do with news getting out that Kyrie Irving wants to be traded, because Kyrie Irving and his representation and others met with the Cavaliers a couple weeks ago, and not a word got out until recently. They believe that LeBron James got word of it and was put off by it and leaked it. I’m not going to accuse LeBron of such a thing. I don’t know that to be true at all. But I know that’s what Kyrie Irving believes.”

Smith is reporting that Kyrie THINKS that LeBron leaked the news and is not saying that this a fact.

If LeBron did happen to leak the trade request it could have been an attempt to ruin Irving’s chance of having a peaceful exit out of Cleveland. James could have been upset that Irving wants to leave him and LeBron could be taking it personally.

In other words, Cavaliers fans, the train wreck of the 2017 offseason continues to move forward.