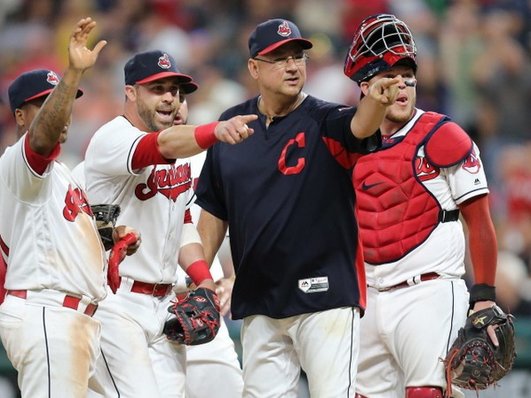 CLEVELAND – It was a sleepless night to say the least for Indians manager Terry Francona.

The Tribe skipper didn’t get much shuteye into Wednesday morning as he thought long and hard about the mistake that basically cost his team what looked to be a sure win as they turned a 4-0 ninth inning lead into a stunning 7-4 loss to Cincinnati at Progressive Field.

The well documented mistake occurred when there was a miscommunication between he and pitching coach Carl Willis, and with Joey Votto up and the bases loaded with two outs in the 9th, the team trotted out righty Dan Otero instead of lefty Oliver Perez.

The result was a three-run double that gave the Reds a 6-4 lead in their eventual 7-4 win.

Today Francona in his daily briefing to the media stated that he held a team meeting, and much like he did talking to the media after the loss took full responsibility for the mistake that eventually saw Otero enter the game and not Perez.

The manager also went on to say that he barely slept, something not so surprising based on how things played out in the setback, the fourth straight for the Tribe.

Indians manager Terry Francona addressed the team following the miscommunication on Tuesday. Said he felt it was the best way to move past the incident. #Indians pic.twitter.com/K3CpWi7L7b

Report: Indians Looking at Potential Relievers From a Team Out of the NL East?
Andrew Miller throws mound session prior to Wednesday’s game against Cincinnati