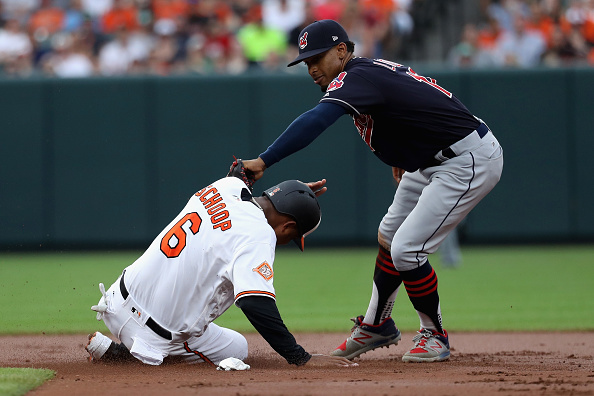 As the World Series enters Game 3 Friday night, the rest of the league is starting to prepare for awards season. That includes the Cleveland Indians, who will have a good amount of hardware sent their way within the next few weeks.

The Gold Glove finalists were announced today and the Indians have four position players nominated at their respective positions. The Gold Glove awards the best fielder at each of the nine positions on the field during the course of the 162-game season.

Shortstop Francisco Lindor, Second Baseman Jose Ramirez, First Baseman Carlos Santana, and Catcher Yan Gomes all were nominated as finalists and will find out if they take home the award on November 7th during an ESPN TV special.

Below are who the four Tribe members go up against at their position: